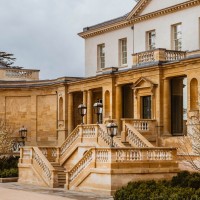 The Luxury Collection, part of Marriott International Inc., announced the opening of The Langley, A Luxury Collection Hotel, Buckinghamshire. The former country estate of the third Duke of Marlborough, combines historic legacy and contemporary style and is located just outside of London in the heart of Buckinghamshire’s vast Langley Park. Following an extensive six-year, multi-million pound renovation, the property opened as a 41-bedroom hotel for the very first time. Outdoor enthusiasts can borrow Wellington boots and set out to explore the wider estate, with clay pigeon shooting, horseback riding, croquet and more are just a few of the country pursuits available. For those who prefer the great indoors, the main house offers a private film screening room for up to six guests, a guest kitchen for cooking classes and a vast array of spa journeys. 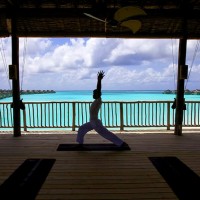 Since announcing the acquisition of brands and operating companies of Six Senses Hotels Resorts Spas for $300 million in February 2019, the InterContinental Hotels Group is taking steps to move beyond simple concepts of a gym and a spa, and towards rebranding, reconstructing, and repositioning their offering as a destination for holistic wellness. With the wellness industry worth $4.2 trillion globally according to The Global Wellness Institute, IHG’s acquisition of Six Senses is strategic for the chain to gain a healthy share of a market it has largely ignored. Neil Jacobs, CEO of Six Senses, points out that the Six Senses’ acquisition includes raison d’être – a spa consulting company that can develop a wellness concept for some of IHG’s brands, starting probably with Regent. Six Senses has 18 hotels in operation, with this figure to reach 50 in four years, thanks to the momentum the brand has created in the last few years. IHG’s infrastructure and enormous scale will help drive business for the recently acquired brand. 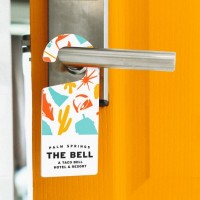 For five nights in August, Taco Bell is taking over a Palm Springs hotel and turning it into The Bell: A Taco Bell Hotel and Resort in Palm Springs. The Bell will feature new and traditional Taco Bell menu items, a Taco Bell gift shop, Taco Bell nail art and more. Taco Bell, a Southern California-based brand founded by Glen Bell in 1962, chose iconic Palm Springs as the ideal resort destination for its next hospitality venture. Reservations will open later this month. Stunts like this, raising brand awareness and creating buzz around the brand on social channels, give fast food chains a chance to set themselves apart in a crowded market, where value meals may not be enough. 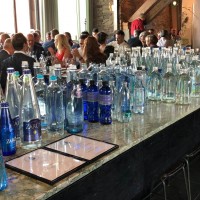 The most prestigious international annual competition, FineWaters TASTE & DESIGN AWARDS – regarded as the Oscars of the fine water industry – was conducted in Stockholm at the Spritmuseum, on April 23rd of this year. In a professional wine tasting room, the waters were blind tasted at room temperature by a jury of 5 water sommeliers. VEEN Effervescent, gently sparkling water sourced in Finnish Lapland, was awarded Silver in the “Super Low Minerality” Category, usually consisting of natural spring, iceberg, rain or glacial waters. After Fine Water Summits in Barcelona, Vidago, Shanghai, Los Angeles, and Guangzhou, the 6th Fine Water Summit in Stockholm carried a theme of “Future Trends”- read more here. 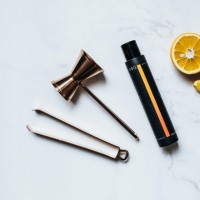 UK-based cannabidiol (CBD) specialist Oto has launched “Europe’s first” CBD cocktail bitters, available in the on- and off-trade for £98 (US$125) per 100ml bottle. A single measure of the bitters delivers an effective daily serving of 50mg of CBD, which is a non-psychoactive extract from the hemp plant. CBD is renowned for its stress and anxiety relieving properties. The cocktail bitters have been made with botanical extracts that complement the effects of CBD, such as liquorice, which is widely used in Chinese medicine to help stress; cardamom, regarded for its antioxidant properties; and cacao, which improves mood, calmness and contentment. Antonia Jamison, director of Oto, sees the drinks market entering an interesting stage where the non-alcoholic alternatives are now just as exciting and complex as their alcoholic counterparts: “Sadly, too many products on the market contain ineffective levels of CBD to have any real impact, which is why we spent a lot of time determining the optimum strength.” 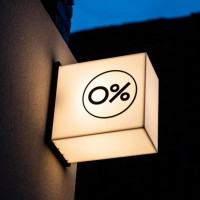 The Newest Trend in Bars: No Booze

A bar without booze sounds like an oxymoron, like an aquarium without fish or a bakery that doesn’t serve bread. “But in cities like New York and London, where bars often function as second living rooms for apartment dwellers with little space, an alcohol-free nightlife option can appeal to people who, for whatever reason, would prefer not to drink” – Margaret Eby explains. The Atlantic reports that there is quite a bit of anecdotal evidence to suggest that “millennials are sick of drinking.” And while statistics still show that more than 60 percent of 22 to 37 year olds drink alcohol every month, they might be drinking less – as one recent New York Post headline read “NYC’s sober bar scene is a hip oasis for booze-free fun”. 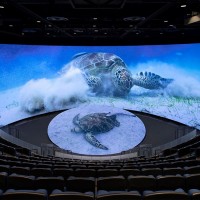 Aquarium of the Future

The Aquarium of the Pacific is the fourth most-attended aquarium in the US. It displays over 11,000 animals in more than 50 exhibits that represent the diversity of the Pacific Ocean. But, what truly sets it apart from the rest is a new wing, opened on May 25. It features interactive exhibitions, state-of-the-art immersive Honda Pacific Visions Theatre, an art gallery that transports visitors under the ocean, and live animal exhibits. Given the recent United Nations report on the unprecedented level of extinction threats around the globe, any public entity with a profile like the aquarium (nearly 2 million visitors a year) that wants to devote this kind of space to raising awareness on the threats of climate change and pollution is laudable. 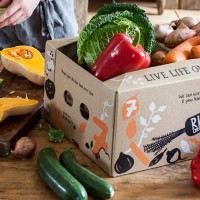 Which European Country Produces the Most Organic Food and Drink?

Despite a drop in area of organic farmland, there is now higher demand for sustainably produced food and drink than ever before. While the area of land farmed organically hit its lowest level in 16 years, the delivery box services like UK-based Riverford Organic and Farmdrop were the fastest growing area in the organic market; and organic beauty products saw soaring sales. While in the UK, the demand is growing faster than UK producers can supply, in the rest of Europe, organic farmland has soared in the same period. Spain accounts for the most organic farmland in Europe, followed by Italy, France and Germany. The UK has the lowest amount of farming area dedicated to organic in the EU, trailed only by Ireland and Malta, according to Eurostat. But when it comes to buying organic, Germany spends the most. In 2016, it accounted for €9.5bn of the total €30.5bn spent on organic food, drink, beauty and fashion products in the EU. 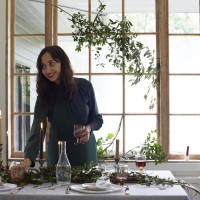 Salt & Time: Recipes from a Russian Kitchen, by Alissa Timoshkina

Alissa is a chef, curator and supper club host. She came to the UK in 1999 from Russia, and today regularly holds food popups and supper clubs where she explores the cuisine of the former Soviet Union. Alissa was also shortlisted for the 2017 Young British Foodie Awards. Salt & Time is a book that transforms perceptions of the food of the former Soviet Union, and especially Siberia – the crossroads of Eastern European and Central Asian cuisine – with 100 inviting recipes adapted for modern tastes and Western kitchens, and evocative storytelling to explain and entice: “Siberia encompasses a vast chunk of Russia, stretching from the Ural Mountains to the far east and south from the Arctic ocean to the borders of Kazakhstan, Mongolia and China. Mention it, and you might think of bitter cold, forced labour camps and exile – a place to be avoided, and certainly not somewhere to go for a good meal. But a new cookbook by Alissa Timoshkina, Salt & Time, is set to change that.” Julia Platt Leonard wrote of Alissa’s book. 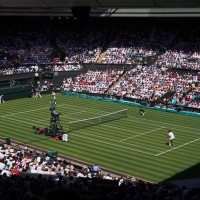 Wimbledon: A Celebration of Great Food And Drink

Wimbledon is the oldest tennis tournament in the world and has been played since 1877. It is considered to be the most prestigious of all the four Grand Slams. But, as Elise Taylor writes, Wimbledon is not just a celebration of tennis, it is also a celebration of great food and drink. Best associated with two delights, Pimm’s No. One cup, a lemony drink with gin and fruit, and strawberries & cream. Over 303,277 glasses of Pimm’s, and 166,055 servings of strawberries and cream, are typically served each tournament. Since its creation in the mid 1800s, Pimm’s has long been associated with British summer sports and leisure—from Henley, to the Royal Ascot, to most recently, Prince Harry and Meghan, Duchess of Sussex’s, wedding. It’s now an official Wimbledon partner. Strawberries and cream, too, owe its iconic Wimbledon connection to the warm-weather. The nineteenth century viewed the fruity dish a summertime delicacy for afternoon tea, as the season was a mere two to three weeks long – and that brief window happened to coincide with the Wimbledon Championships. Other favourite foods at Wimbledon include the quintessential fish and chips (17,170 portions sold), scones (110,225 are made over two weeks) and the universal celebratory drink –  Champagne (21,917 bottles).