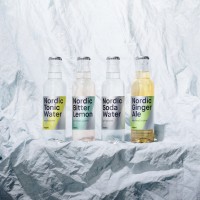 VEEN Waters has teamed up with one of the world’s best cocktail bars to launch four craft mixers inspired by Finnish nature. VEEN Nordic Mixers, developed in collaboration with Helsinki’s A21 Flavours Studio, will shortly be available in Finland and then rolled out in multiple markets. Unveiled at the Anuga trade show in Germany in October, the range combines the exceptionally smooth, soft taste of VEEN spring water from Lapland, with authentic flavours of the Finnish wilderness, including lingonberry, cloudberry, pine and birch, adding a unique twist to classics like tonic water and bitter lemon.  Mikko Nikkilä, CEO of VEEN, explains that the extremely low mineral content of VEEN’s waters allows other added flavours to emerge in their finest form and taste, a process perfected by ‘drink industry scientist’ Timo Siitonen. Siitonen adds, “The main objective was to retain the commonly known taste of each mixer drink, ensuring they can function as the so-called main pouring mixer at a bar – not making the drinks too niche. And yet, we needed to give them a unique identity, a sub-flavour that would open doors for new recipes and excite the bar professionals and their customers”. Watch this space – VEEN plans to launch another specialty drinks brand by the end of 2017. 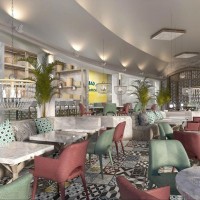 LUX* Grand Gaube in Mauritius is scheduled to re-open next month after undergoing an extensive US$32 million renovation. LUX* says that the resort has been reimagined by celebrated UK interior designer Kelly Hoppen, who has delivered an elegant series of spaces to convene at or retreat to, channelling a retro-chic style and residential beach house ambience. A lavish wellness centre is a plum new addition, aiming to connect guests to nature with facilities such as a hydrotherapy pool, aromatic steam room and sauna. F&B outlets at LUX* Grand Gaube include a Peruvian and Argentinian-themed restaurant, INTI, Creole eatery Banyan, Turkish restaurant Bodrum Blue and The G&T 100 Club. 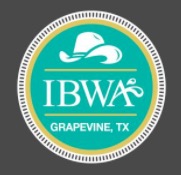 Bigger and better in Texas

Peak industry body, The International Bottled Water Association (IBWA), will host its annual conference in America’s Lone Star State from 6th through 9th November. The 2017 IBWA Annual Business Conference and Trade Show will be held in Grapevine, near Dallas, in conjunction with the NAMA Coffee, Tea and Water show. The two organisations have met together annually since 2012, with the 2016 event attracting 1,300 registrants and more than 150 exhibitors. Organisers say to expect four days of networking, learning and celebrating the fact that, for the first time, bottled water is now the number one packaged beverage by volume in America. 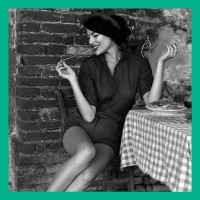 London hospitality guru Richard Caring’s newest venture, Harry’s Dolci, will open in the heart of Knightsbridge on 6th December. Building upon the reputation of a string of high society venues which come under the umbrella of Caring’s Caprice Holdings – including The Ivy, Sexy Fish and legendary nightclub Annabel’s – the new restaurant is located across the road from iconic department store Harrods. Inspired by 1950s and 1960s Italy, Harry’s Dolci will be open ‘from dawn ‘til late’ to serve diners an expansive choice of traditional Italian fare amidst a décor of eye-catching Murano glass, sumptuous Fortuny fabrics, vintage brass fixtures and deeply-tanned leather furnishings. 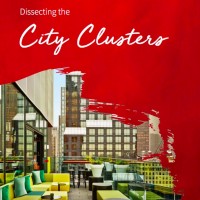 Dynamic cities in Asia and the Middle East should be in the sights of enterprising hotel investors and developers, according to research from global real estate company JLL. The company has unveiled a list of ‘emerging hotel hotspots’, comprising Bangalore, Chengdu, Mumbai, Chennai, Delhi, Hyderabad, Kolkata, Riyadh, Jeddah, Hanoi, Manila and Ho Chi Minh City. The dominance by Indian cities is due to the nation’s sound economy and a rapidly growing middle class. “These Emerging Hotspots have some of the largest supply pipelines in the world, and are set to see their total number of rooms increase by 30 per cent in the next few years,” says Jeremy Kelly, Director of Global Research at JLL. 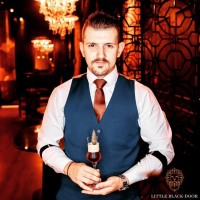 Unsurprisingly, many would say, Jeremias Barna, bartender at one of U.A.E.’s hottest cocktail tickets – the discreet Little Black Door, hidden away on the ground floor of Dubai’s Conrad hotel – made it to the global World Class bartender final held in Mexico City a few months ago. He may have been beaten by Kaitlyn Stewart (Royal Dinette, Vancouver), who is only the second woman to win the distinction, but Romanian-born Jeremias’ participation in such an esteemed global cocktail event surely elevates Little Black Door’s status within the industry. Brainchild of Yasin Saleh Mohamed, a former lawyer from Canada, LBD is a refreshing departure from the city’s existing nightspots, and now has the added cachet of boasting one of the best bartenders in the business. 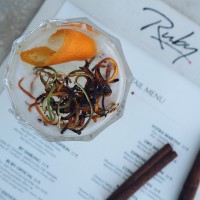 Stunning views over the Bosphorus and balmy party nights are proving a winning combination for Istanbul club Ruby, which is swiftly becoming a favourite with on-trend clubbers and fashionistas. The absolute waterfront location is the biggest draw card – guests can admire the view from spacious terraces while dining on sushi prepared by top Japanese restaurant Itsumi, or a selection of Mediterranean and Turkish dishes, before hitting the dance floor at the upstairs or downstairs nightclubs. Almost a year on from the tragic New Year’s Eve attack at the exclusive Reina nightclub, which was situated nearby, it’s clear that Istanbul’s party scene is as vibrant as ever. 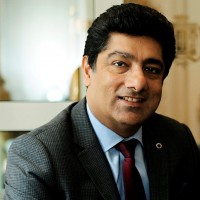 Indian Hotels Company Limited (IHCL), the organisation behind prestigious Taj hospitality brand, recently appointed Indian-born Puneet Chhatwal as CEO and MD. Chhatwal was most recently CEO and board member of German luxury hotel company Steigenberger Hotels and Resorts, and has worked for several prominent international hotel groups since starting his career more than 30 years ago. Natarajan Chandrasekaran, Chairman of IHCL, said “Mr Chhatwal’s extensive experience in the global hospitality sector including his ability to drive performance, turn around assets and build great teams will be very valuable for IHCL as it looks to strengthen and expand its position in the market.” 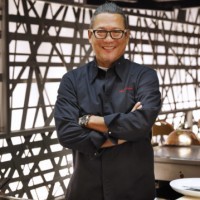 The original executive chef at Nobu when it first opened in New York, Masaharu Morimoto’s restaurant, on the fringes of the meatpacking district, is quite possibly Manhattan’s best Japanese, garnering widespread critical acclaim for his seamless integration of Western and Asian ingredients, and skilfully juxtaposing formality, tradition and comfort. Now Morimoto has opened in Doha – the first eponymous outpost to open in the Middle East – at the new 270-room Mondrian hotel, fashioned by Dutch designer Marcel Wanders and located close to Lagoona Mall in West Bay Lagoon. In a city which already has its fair share of high end Japanese eateries (including a huge Nobu and a very good Nozomi) it will be interesting to see how Morimoto Doha fares. Rumour has it that the 16-seat sushi bar is already popular with execs working in nearby Lusail. 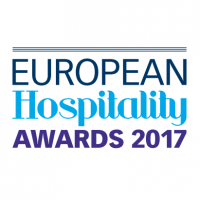 Europe’s best hoteliers to be recognised

The annual European Hospitality Awards will be held in London on 9th November, providing a prime networking opportunity for hoteliers and suppliers. The awards, organised by the Arena International, are expected to attract a bevy of leading industry figures from across the hospitality sector, to applaud winners across numerous categories, including Best Hotel Bar, Opening of the Year, Best Boutique Hotel and Best Hotel Suite. In the running for the prestigious Hotelier of the Year award, are Antonio Bignone from The Serras Hotel Barcelona, Niko Suyasa from Step Ubud Training Hotel in Bali, and Steven Cowie, GM of Holiday Inn and Staybridge Suites in Stratford, East London.