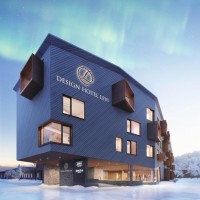 The EUR 10 million project is one of the significant additional investments in the 40-year history of the Levi Tourist Center, and brings to Levi – one of the Nordics’ most popular ski resorts – a new kind of premium hotel experience. Located in the heart of Levi Hotel Spa Resort right next to the Levi village, the new hotel has a total of 77 rooms of which 56 Double rooms, 14 are Lofts, and 7 Suites. Contemporary Nordic interior design, sculpture and light installations, and art communicate the creative character of the hotel, but the real visual attraction is the wooden façade of the hotel. Made of Lapland honka wood. Currently brownish in color, the surface is allowed to gray out in peace as natural conditions will determine the end result. Design Hotel Levi is close to the Resort’s Spa, surrounded by a selection of restaurants and comprehensive services, but it is the pristine nature of Lapland that will leave every guest in awe. 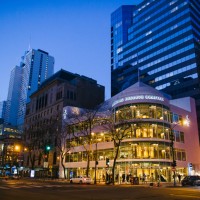 The Starbucks Reserve Roastery Chicago – the Largest Starbucks in the World

Starbucks Reserve Roastery opened in Chicago in November, joining existing locations in Seattle, Shanghai, Milan, New York and Tokyo. With five floors and 35,000-square-foot (3250 m2) space, it is the largest Starbucks in the world.

The Reserve Roastery has a menu of its own – one different than that of a neighbourhood Starbucks store because the specialty coffee beverages served at the Chicago Roastery are crafted with Starbucks Reserve coffee that is roasted onsite. In some ways, the roastery’s food selections rival Eataly, the Italian market and food hall. Food is available on all floors, ranging from gelato to breakfast sandwiches to pizza. But the biggest attraction is barrel-aged coffee on the third floor. There’s only one flavor, a cold brew made with Guatemalan coffee, aged in Knob Creek bourbon barrels. For how long? “It’s proprietary”, says Shiami Ranasinghe, a Starbucks Reserve brand manager and barrel-aged coffee expert. The barrel-aged coffee might be a solid base for a spirit-free drink, adding ginger ale and lime. Don’t miss it when in Chicago next time. 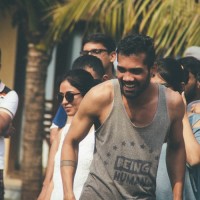 By 2030, 61% of all humans are projected to live in urban areas. About 995 million people will be older than 65, changing priorities for consumers as they age. India’s 1.3 billion people represent about 17% of the world’s total population. They form an economy which is shifting to a strong middle class, giving rise to more premium, ethical and personalized products. More women are also joining the workforce in India, which is changing the way companies market to consumers.

Increasingly engaging in meaningful consumerism and conscious consumption while shopping, people are supporting small-scale, local business. While this has given rise to ethical production processes, India has also seen increased share of premium products thanks to a growing disposable income.

The megatrends shaping India’s beverage landscape are set to be long-term transformative forces that represent consumer attitudes and behavior, according to Amulya Pandit, senior research analyst at Euromonitor. Health is the new wealth, with consumers looking for products to add value to their everyday and reduce risk of ailments. 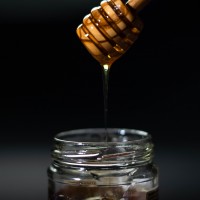 A Whole Lot of Plant-Love, Served up in a Health-Conscious Way

Mareya Ibrahim, known as The Fit Foodie, brings us eight hottest healthy food & beverage trends of 2020. This recognized food expert, chef, nutrition coach, has been reporting on the hottest healthy food and beverage trends for the last 8 consecutive years, helping to shape the food and beverage industry and influence consumer buying decisions. 2020 list starts off with manuka, the ‘it’ honey, harvested from the Manuka bush which grows primarily in New Zealand. The list also reflects on the modern quest for healthier, non-fried options which paves the way for sophisticated snacks, cereals, and finger foods that use a variety of whole grains and are rich in protein, fiber, magnesium, iron, and potassium. CBD-infused products, the black seed (black cumin, black caraway), purple yams/ purple sweet potatoes all add to the list of hottest healthy food and beverage trends of 2020. 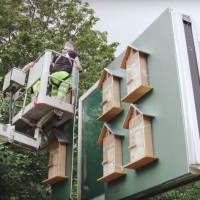 Instead of just using their billboards for marketing, McDonalds is putting their signs to good use by attaching “bee hotels” to the backs of roadside ads. Why? Without pollination from bees, 1/3 of the food we eat would be threatened. It is estimated that 30% of Sweden’s wild bees are threatened. A big problem is that they lack places to live. Therefore, some of McDonald’s restaurants have started producing billboards that double as bee hotels. The boards are permanent wood installations with drilled holes in the copy (“Always open”) where wild bees and other insects can make themselves comfortable. All McDonald’s franchisees have the opportunity to order their own bee hotel boards and customize the messaging. McDonald’s has also started a collaboration with JC Decaux to create habitats for wild bees on the back of billboards that would otherwise not be utilized. 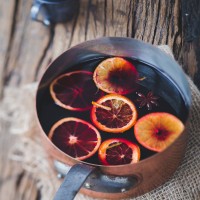 Festive Drinks From Around the World to Enjoy This Holiday Season

Holiday season is a lot about good wine & dine, parties, family gatherings, work functions. It can also be a time of excess, especially when it comes to calories. The act of eating (chewing and stomach expanding) signals to the brain that calories are ingested. However, liquid calories do not register on this radar system. In fact, research shows that when we add liquid calories to meals, we do not compensate by eating less food. This means that liquid calories will add up a lot faster than if we consumed the same number of calories in food. So, watch out to not overdo-it, but do enjoy your favourite festive drink ‘tis season.

From mulled wine to eggnog… as the art of the holiday drink takes many forms around the world, Lonely Plant made the list of top festive drinks for this season. Read it here 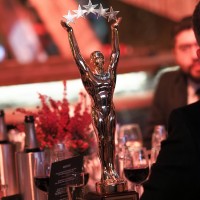 The winners of the annual World Luxury Hotel Awards were announced on 12 October 2019 at a lavish ceremony at Arctic TreeHouse Hotel and SantaPark in Rovaniemi, Finnish Lapland. More than 300 guests flew in from around the world, as The World Luxury Hotel Awards recognize establishments for world-class service excellence. Awards are presented on a country, regional, continent and global basis. Winners are selected by public vote online, providing true recognition that reflects the hard work and dedication exhibited by staff. This year’s Global Hotel of the Year award went to Mandarin Oriental Bodrum in Turkey and the Chairman’s Choice Award was presented to W Verbier in Switzerland. Watch the official video of the event here

Skift found OYO Hotels and Homes to be a contender for the most exciting company in hospitality today. Reason for it – reaching a million rooms and a ten-billion-dollar valuation in just six years. However, there is a lot more to OYO than it meets the eye: Oyo today is a mix of a tech company, an online booking site, and a hotel company. It is certainly the fastest-growing Indian hospitality business with a valuation of $10 billion after its founder, Ritesh Agarwal, purchased $2 billion in shares from venture capital firms Sequoia Capital and Lightspeed Venture Partners last summer. Oyo is active in 800 cities in 80 countries, with more than 23,000 hotels in its portfolio. The company announced plans to invest $300 million in the U.S. market, where it currently operates more than 50 Oyo Hotels in 35 cities and 10 states. At the same time, Oyo is near the top of the list of companies whose unprofitable business models are being scrutinized by investors and analysts. 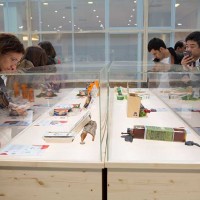 Anuga, the world’s largest trade fair for food and beverages, took place in Köln earlier in October. It is the most important industry meeting point, bringing together over 7000 exhibitors and around 170 thousand visitors. In addition to the ten segment related trade shows, Anuga 2019 offered seven exclusive special events presenting various trend foods, as well as portraying developments in halal food and organic products. Another highlight was Anuga taste Innovation Show, where new products were showcased, and a jury comprising of food & beverage journalists selected the industry’s top innovations. See the catalogue of top selected innovations here. 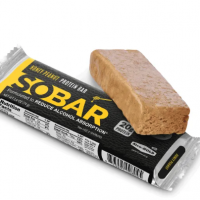 SOBAR – Think Before You Drink

“…and soon enough, I was overly tipsy and hoping dinner would start pronto. This got me thinking…what if there were something small I could have eaten beforehand that could have helped deal with the firehose of alcohol I got hit with?” This is how the story of SOBAR starts. Developed to both raise awareness of and directly address something important, eating food before consuming alcohol. Knowing about the SOBAR will help you to “think before you drink” and eat something, ANYTHING, before imbibing. Zero Functional Foods, company behind SOBAR, ran a clinical trial of its snack bar this year, and found that eating a Sobar before consuming alcohol “significantly” lowers levels of intoxication, and reduces the rate of alcohol absorption by 50% more than if someone doesn’t eat anything at all. The company wants to sell the snack bar in the US both online and through retail outlets, before expanding into other markets including Asia, Australia, and the EU.