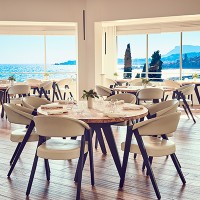 Since 2002, The World’s 50 Best Restaurants has reflected the diversity of the world’s culinary landscape. The latest edition of The World’s 50 Best Restaurants took place in Singapore on June 25 2019. Mauro Colagreco’s Mirazur, French Riviera restaurant with a backyard farm, has been named the World’s Best Restaurant. It is the first time a French restaurant has ascended to the top of the rankings since the listicle debuted in 2002. Overall, the top 50 list included just five restaurants helmed by female chefs, the same as last year. Clare Smyth, “World’s Best Female Chef,” has yet to make it to the full list, but Dominique Crenn, who became one of just fourteen or so U.S. chefs to earn three Michelin stars, finally won a spot this year, debuting at No. 35. Since the competition’s inception in 2002, all 17 winners have come from Spain, the United States, the UK, Denmark, Italy – and now France. 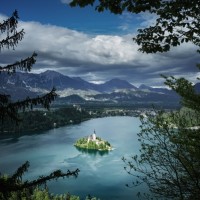 European Tourism 2019: Modest Growth Across Europe, but The Balkans Are a Bright Spot

European Travel Commission released a report on 2019 tourism for Europe. Conclusion? Demand for European tourism is expected to maintain an upward trajectory over 2019, but growth rates by destination are slower than in previous years. In this sea of just so-so growth, the southern Mediterranean and Balkan regions are stand-out success stories, thanks to efforts to “expand the tourism season, diversify the product offer, and develop niche marketing” campaigns. Montenegro and Turkey reported double digit growth so far this year, followed by Slovenia, Greece and Serbia. The growth of China as a source market to some of these markets was described as “staggering”: Montenegro saw 150%, Cyprus 62%, Serbia 55%, and Croatia 44%. The strong growth in Turkey and Greece was thanks in part to Russia, thanks in part to currency strength against the Turkish Lira. 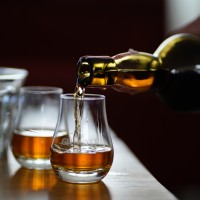 Scientists in Scotland have developed an ‘artificial tongue’ that can detect subtle differences between drams of whisky, which can help in the fight against counterfeit beverages.
This tiny taster, exploits the properties of gold and aluminium to test differences between the spirits, picking-up subtler distinctions between the same whisky aged in different barrels and telling the difference between whiskies aged for 12, 15 and 18 years. Engineers say the tongue “tasted” the differences with greater than 99% accuracy.“You could train your particular ‘tongue’ to know what one of these whiskies ‘tasted’ like, so that when the fake stuff came along it could identify it and when the real stuff came along it could confirm that it was the real stuff,” says Dr Alasdair Clark, the lead author of the research from the University of Glasgow. 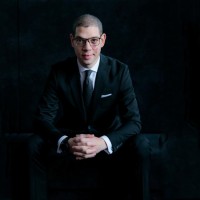 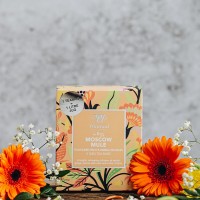 Whittard of Chelsea Releases A Line Of Cocktail-Inspired Teas

The line includes six different teas: peach bellini, limoncello, tropical punch, mojito, white sangria, and Moscow mule. Whittard of Chelsea released the teas at their stores in the United Kingdom, at Whittard online shop as well as on Amazon. “We wanted to create a range of exceptional quality teas that would resonate with our customers while capturing our unique, innovative approach,” said Mandie Porter, Whittard of Chelsea Head of Buying and Creative. The teas come in loose leaf form, but three of the flavors — Mojito, Moscow mule, and White sangria — come in pitcher-sized bags for large one-litre batches. The line is currently a limited edition line for this summer. 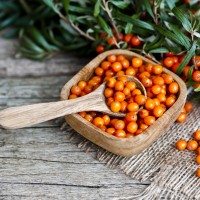 Is Sea Buckthorn the Next Go-To Superfruit?

Native to Asia and Europe, the sea buckthorn bush grows in places as diverse as the Himalayas, Russia and the Canadian prairies around Manitoba. It is the latest superfruit landing on Michelin-star menus, according to Bloomberg. Its vibrant range of orange and red colours add spark to almost any foods and beverages, including jellies, juices, purees and sauces. It has a tart taste. But behind its tartness, the pulpy fruit has a light carroty sweetness; and if you eat a whole one, it pops tantalizingly in your mouth. Researchers predict awareness of sea buckthorn will continue to rise as more and more studies show the berries’ health benefits, which include antioxidants, fatty acids and vitamins C and E. With strawberries and blueberries, there’s just one or two varieties while sea buckthorn has around 20 – with flavours that range from 0% acidity, to super bitter and super tart. 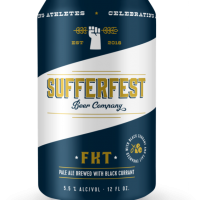 Sufferfest: For Athletes Who Love Beer

Sufferfest, a San Francisco-based start-up launched in 2016 and is focused on producing functional beer. Functional craft beers have entered the marketplace and are offering active consumers and athletes a refreshing way to refuel after training workouts or marathons. Sufferfest founder, Caitlin Landesberg, is a long-distance trail runner who wanted to make beer that runners could celebrate a race with — and benefit from. Sufferfest, named for an endurance race or hard workout, makes low-gluten FKT pale ale, which stands for “Fastest Known Time”. The FKT pale ale has low gluten levels and is brewed with black currant and sea salt to supply the electrolytes and sugars runners need to help them recover after a race. In February 2019, Sufferfest was acquired by Sierra Nevada Beer Company, the third largest U.S. craft brewery. 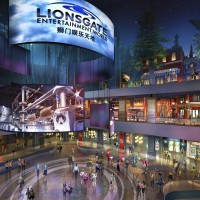 Lionsgate Entertainment World, an indoor theme park with attractions based on some of Hollywood’s most successful film franchises, opened July 31 on Hengqin island – next door to Macau. This is first PG 13 theme park by design, with attractions appealing to the Chinese young adult dating crowd in their 20’s and 30’s, and features Hunger Games Theme for adults.

It is part of the CNY5.45-billion (US$792 million) first phase of Novotown, a major development focused on non-gaming tourism, and aside from the Lionsgate theme park, it will also include a National Geographic Explorer experience and a 494-room Hyatt Regency Hotel. 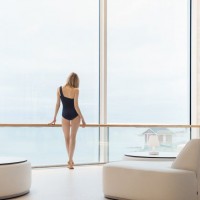 Regatta Spa, the only BABOR Signature Spa-certified wellness centre in Finland, launched VEEN Ayurveda Super Shots as part of wellness beverage menu. In the late 1800s Hanko became a busy commercial centre as well as a lively spa town when a spa facility was built in 1879. Together with Hanko Casino it provided all that was needed for a luxurious lifestyle. The spa facility was open during the summer months and had separate areas for men and women. The Regatta Spa reintroduces the spa culture to Hanko and makes it a year-round experience. 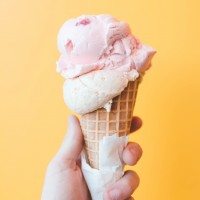 According to a revealing new study from Workwise -Americans are fairly divided when it comes to their ice cream. The most popular flavour in America, by virtue of the fact that it’s the top-searched flavour across 14 of our 50 states is Cookies ´n Cream. Second place, with just five states’ worth of searches, was vanilla, followed by a tie between chocolate, peppermint, and strawberry (four states). Another report, that of International Dairy Food Association, sees vanilla as America’s number one flavour of choice in ice cream and novelties, in both supermarket and foodservice sales. Vanilla, being most versatile, mixing well with toppings, drinks and bakery desserts, is followed by Chocolate, and Cookies ’n Cream. Across the pond, upmarket gelato and indulgent new vegan flavours are among this summer’s hottest ice-cream trends as consumers seek out more artisanal and healthier versions in UK.