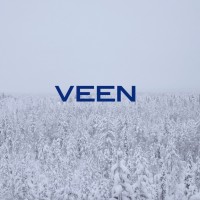 The past few years for the premium Finish beverage company have been punctuated by strong growth and new product launches (Nordic Mixers + VEEN Ayurveda), and saw VEEN reach 17 countries around the globe. In order to take advantage of growth opportunities in the Indian subcontinent, VEEN is now looking to attract additional investment to accelerate the further global growth of the brand and increase its market share. VEEN’s management believes that it makes sense to share the ownership of the business with people that are fans, followers and customers of its products, so a crowd funding campaign will be launched in the coming weeks, with the minimum investment set at just EUR500. For more information drop the VEEN team a line at info@veenwaters.com 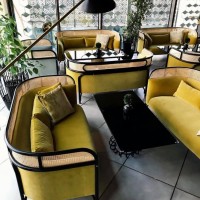 Farzi Café Opens in the Saudi Capital of Riyadh

Indian MasterChef judge and high-profile restaurateur Zorawar Kalra’s Massive Restaurants group operates more than thirty venues in India, including the popular Made in Punjab and Masala Library brands. His 2012-launched Farzi Café brand currently has eleven locations in the subcontinent plus further sites in London, Dubai and now the Saudi capital of Riyadh. A restaurateur once described as “the torchbearer of molecular gastronomy in India”, Kalra’s modernisation of Indian cuisine might not appeal to everyone (think deconstructed cottage pie and Indian Scotch eggs), but judging by its popularity in Riyadh, his food is striking a chord with the more culinarily adventurous Saudis. 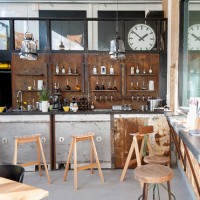 The exciting global renaissance in craft brewing and distilling hasn’t been lost on the Finns, who are making quite a name for themselves with a number of their own local brands. Small batch artisanal breweries and boutique distilleries, scattered around the beautiful country, lovingly producing everything from lingonberry gin to spelt beer. Fiskars village’s distillery, Ägräs, is one of the country’s rising stars, having taken its name from the ancient Finnish god of nature and abundance. Ägräs produces unique products that evoke nostalgia, using wild botanical herbs gleaned from the heart of Finnish nature, and visitors can sample them in the distillery’s tap room which is re-opening for the season. Visitors can also see how the distillery works, enjoy wild herb cocktails and world-class G&Ts, or relax on a terrace by Fiskars River. 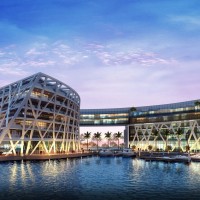 Visionary entrepreneur Ian Schrager has pretty much turned hospitality into a celebration. The man behind some of the world’s most well-designed places to sleep, drink and dance – dating back to iconic Studio 54 – almost single-handedly pioneered the concept of the boutique hotel, turning travel into an art form, and has gone on to open countless hotels around the world. Schrager’s EDITION brand – a partnership with Marriott – made the exclusive inclusive and is expanding at a rapid pace. Many EDITION properties provide unique and original experiences that lift the spirits and touch guests in some special way. Located along Al Bateen marina, the recently unveiled Abu Dhabi EDITION offers modern luxury alongside Emirati tradition, and offers stunning sea views and high-octane glamour via its swishy rooms and residences, not to mention a luxe spa and three restaurants helmed by Michelin-starred British chef Tom Aitkens. 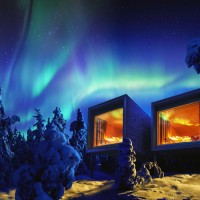 Owned and managed by the same company as super popular subterranean Christmas-themed SantaPark close-by, and built on a forested Arctic Circle hillside, the ingeniously designed Arctic TreeHouse Hotel comprises more than fifty individual chalets. Each features a huge north-facing window which provides spectacular viewing of the Northern Lights, combined with a high level of Nordic-style comfort, including underfloor heating. Deluxe two-bedroom “Arctic GlassHouses” plus “ArcticScene Executive Suites” all boast private saunas. Whilst some rooms have self-catering kitchenettes there is also a very good onsite restaurant. Located just ten minutes from Rovaniemi’s international airport make Arctic TreeHouse Hotel the perfect base from which to experience a variety of Arctic pursuits. 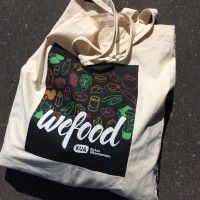 Operating in 14 countries across four continents with more than 70 years of experience, faith-based organisation Finn Church Aid (FCA) is the largest Finnish NGO in development cooperation, the second largest in humanitarian assistance, and specialises in supporting local communities in three primary areas: Right to Livelihood, Right to Education and Right to Peace. Just a few months ago, FCA opened Finland’s first “WeFood” supermarket in the Finnish capital, focused on selling out-of-date but perfectly edible foods at discounted prices, and products considered second rate due to damaged packaging or inadequate labelling. Located in Kalasatama’s REDI shopping centre, the store is already helping the growing number of people in Helsinki in need of daily food assistance, which has increased by a factor of 10 over the past decade.

The team behind Nordic drinks manual “Drink Nordic” is looking for cocktail recipes that represent the geographical and cultural Northern Europe and North Atlantic region, to complement stories in the book penned by people from the Nordic community. Besides new recipes, the team is also looking for drinks that have established themselves as classics in the Nordics, such as signature beverages that are/have been local favourites, have been served in multiple bars, and/or have a distinctive status. Since the book will be divided into seasons, cocktails using seasonal ingredients are more likely to be included. Successful submissions will be included in the book and promised international exposure! For more info, email drinknordicbook@gmail.com 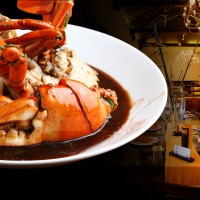 Ministry of Crab Opens in Mumbai and Manilla

Repeatedly voted one of Asia’s 50 Best Restaurants, the original Ministry of Crab is located within a preserved 400-year-old Dutch hospital building in Colombo, and positively celebrates the Sri Lankan lagoon crab in everything from its food dishes to its décor. Set-up by chef Dharshan Munidasa in partnership with cricketing legends Mahela Jayawardene and Kumar Sangakkara, the brand has recently opened a new three-storey Mumbai outpost at Zaveri House in Khar, where Indian mud crabs are prepared by young Indian Chefs, plus a Manila restaurant housed within the Shangri-La at the Fort hotel, located in the heart of dynamic capital city of the Philippines. While signature Ministry of Crab dishes such as Pepper Crab and Garlic Chilli Crab take centre stage, the Manila outpost also features a selection of Filipino favourites, including guinataan and pinakurat. 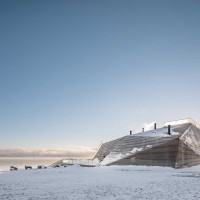 When compiling its first-ever list of the World’s 100 Greatest Places, renowned US weekly news magazine TIME included Helsinki’s architecturally stunning Löyly public sauna. Löyly has attracted much attention, both domestically and internationally, thanks to its unique concept, striking architecture and FSC-certified all-wood facade. Located two kilometres from the city centre and opened in 2016 at the end of the former industrial peninsula of Hernesaari, the building consists of two parts: a public sauna section and a restaurant, joined by a large wooden terrace that faces the Baltic Sea. The sauna facilities include separate showers and dressing rooms for men and women, and contrary to Finnish tradition, Löyly asks its visitors to wear bathing suits to encourage unisex enjoyment of the sauna, steam and swimming area. 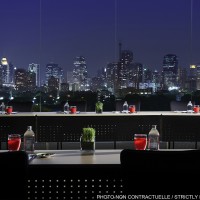 Located in the very heart of St. Petersburg, just a few steps from St. Isaac’s Cathedral and the State Hermitage Museum, AccorHotels’ upwardly mobile SO/ lifestyle brand has made its debut in Russia and is now open to guests. Fashioned by renowned Italian designer Antonio Citterio, who drew upon Fabergé eggs for a source of inspiration, guests enjoy captivating views of St. Petersburg’s landmark sites from 137 rooms and suites which range from a snug, entry-level SO Cozy room, through to balconied SO Lofty suites and top-of-the-line SO VIP apartments which are equipped with their own fireplaces, party-sized tubs and private bars. Meanwhile, downstairs, a variety of F&B venues meet the culinary expectations of even the most demanding gourmands, and include MIXO lobby bar, HI-SO summer terrace and Cococo restaurant, the latter offering a fresh take on classic Russian cuisine.