Amid growing global concerns about the damage being caused to our lives and planet by the increasing amounts of plastic waste in circulation – with figures showing UK supermarkets to be a major source and the grocery retail sector accounting for more than 40% of all plastic packaging – environmentalists have lauded the opening of what is believed to be the world’s first plastic-free supermarket aisle. Stocked with 680 different lines, the aisle opened just a few weeks ago on 1st March in the Amsterdam “Ekoplaza LAB” branch of Dutch organic supermarket chain Ekoplaza. Featuring meat, rice, sauces, dairy, chocolate, cereals, yogurt, snacks, fresh fruit and vegetables, Ekoplaza says that it will roll out similar plastic-free aisles in all of its branches by the end of 2018. 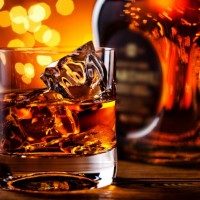 In recent years the Chinese have acquired a strong taste for whisky, particularly in the modern, cosmopolitan centres of Shanghai, Beijing, Guangzhou and Shenzhen. According to the Scotch Whisky Association, 25 bottles of Scotch whisky are currently exported to China every minute. And with a burgeoning middle class of 300 million people the growth potential obviously remains strong, making China a key market for Scotch whisky sales overseas for years to come. To protect this growth category from local counterfeit products for the next decade, the Scotch whisky industry has renewed its trademark ‘Scotch Whisky’ (and its Chinese translation) until 2028. This should keep Chinese aficionados of a wee dram of quality single malt happy and warm inside. 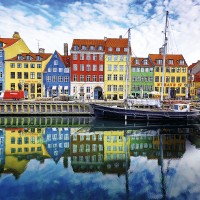 Copenhagen’s colourful houses seem to pop-up on Instagram every two minutes these days, so it’s fairly evident that the world’s obsession with the idyllic Danish capital shows no sign of abating. Due to consistently high occupancy rates for the city’s lodgings, Copenhagen is currently undergoing a wave of new hotel constructions, as well as expansions of existing properties. Just a few months ago, the Danish capital welcomed its first five-star luxury lifestyle hotel when Hotel Sanders threw open its glamorous doors. An upscale collaboration between hotelier Alexander Kolpin and London-based design duo Lind + Almond, Sanders fuses Danish style with English and Asian design aesthetics and has instantly raised the hospitality bar in the Copenhagen’s growing hospitality scene. 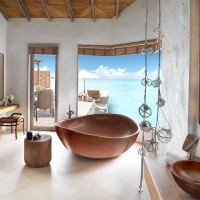 Slated to open in April 2018, Fairmont Maldives Sirru Fen Fushi will almost certainly be an exceptionally special addition to an area already famed for its natural beauty, and Sirru Fen Fushi (which means ‘secret water island’) is an utterly fitting moniker for the Canadian brand’s stunning addition the Maldivian hotel scene. Located in the Shaviyani Atoll, on one of the largest resort lagoons in the country, this all-villas resort is ideal for both couples and families, and includes luxury villas overlooking the dappled turquoise ocean, plus luxury tented villa accommodation located within a lush grove. All accommodation is of a bohemian lean, with rattan furniture, bathtubs reminiscent of coconut husks and plunge pools just steps away from immaculately white-dressed beds. The island hideaway will also house a mesmerising underwater sculpture museum, created by British artist Jason deCaires Taylor, which is the first of its kind in the Maldives. 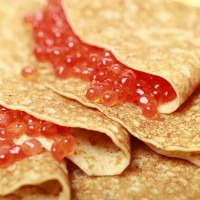 Russia’s sanctions on imported vegetables, meat and fish from the EU, introduced in response to western sanctions over the annexation of Crimea and war in east Ukraine, may have prompted anger when they were introduced, but have since provided stimulus to focus on locally-sourced produce, and created renewed interest in Russian ingredients. A few years ago, there were only a handful of Russian restaurants in Moscow, since almost everyone ate local food at home. But these days things are different. Voronezh, located in an elegant 18th-century central Moscow mansion, is often fully-booked a week in advance (www.voronej.com). Even the city’s most successful restaurateur, Arkady Novikov, has gone local. At his 340-cover Soviet café, Valenok, local dishes are given an upmarket twist in cool yet glam surroundings (en.novikovgroup.ru/restaurants/valenok). Could the Russian capital be a new foodie destination?

According to a report compiled by global commercial real estate experts CBRE, 15 new hotels with a total of more than 5,000 keys, collectively valued at US$10 billion, are slated to open in Bahrain by 2022. This surge is in response to a period of exceptional growth in tourist numbers in  the island kingdom in recent years. Bahrain’s new hospitality arrivals will include a number of world-renowned hotel brands, including One&Only, Hilton DoubleTree and Fairmont. Each set to make their appearance in the next three-four years, the kingdom’s plethora of new addresses to rest one’s head will find themselves in good company, as they join the Middle Eastern archipelago’s other big names, including Ritz-Carlton, Four Seasons and Sofitel. Of the country’s new hotels, the 263-key Wyndham Grand Manama recently opened, occupying 14 floors of Bahrain Bay’s United Tower, offering sweeping, unbroken 360º views of the Kingdom.

So soon after the death of celebrated master of haute cuisine, Paul Bocuse, who died in France in January 2018 aged 91, it’s reassuring to see that the country’s reputation for and command of top-flight gastronomy is very much alive and well. Including two new three-star restaurants (Michelin’s highest honour), it has been announced that there are 57 new restaurants with Michelin stars in France this year. Whilst chef Christophe Bacquié’s French restaurant at the Castellet Hotel in Var now has three Michelin stars, as does La Maison des Bois from chef Marc Veyrat in Manigod, the tyre company-restaurant guidebook’s slightly controversial preference for Japanese cuisine is, unsurprisingly, still apparent, and several of the new two and one-star selections showcase Japanese flavours, including Takao Takano in Lyon and Au 14 Février in Saint-Amour. 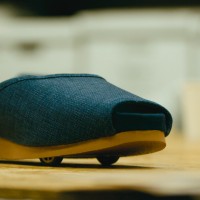 Lying on Tokyo Bay south of the capital, and once a small fishing village, Yokohama quickly grew into one of Japan’s major cities and is now the country’s second largest. At first glance, the new ProPILOT Park Ryokan looks like any other traditional Japanese inn-styled hotel. Slippers are neatly lined-up in the foyer where guests remove their shoes. Tatami rooms are furnished with traditional low tables and floor cushions for sitting. But, what sets this ryokan apart, is that the slippers, tables and cushions are rigged with a special version of Nissan’s ProPILOT Park autonomous parking technology, and, when not in use, they all automatically return to their designated positions at the push of a button. Yes, really. The slippers have wheels and autonomous driving capabilities. Perhaps it’s only a matter of time before kids are automatically put to bed on time and alcohol ceases to be served to those who may have inadvertently consumed a little too much. 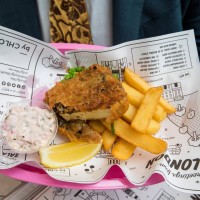 The vegan revolution is well and truly upon us, but eating out in the British capital can often be a bit of a pickle when you don’t consume meat, eggs, dairy products and other animal-derived ingredients. Non-dairy nourishment may rapidly be gaining foodie fans but can still take some tracking down! Well, not anymore (for London vegans anyway), because the first branch of transatlantic meat-free New York “vegerati” favourite, by CHLOE., has opened in Covent Garden. Londoners can now feast on a particularly chic take on vegan cuisine, with popular stateside dishes including guacamole burgers, matcha kelp noodles and a quinoa taco salad on the menu. Exclusive-to-London menu items include fish and chips which looks the part but uses no fish, and comes with beer-based batter, chips, mushy minted peas and “vegenaise” tartare sauce on the side. A second London outpost of by CHLOE. is coming soon in Tower Bridge Road. 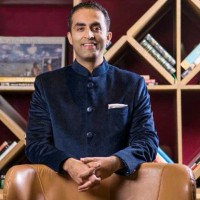 Andaz Delhi has created something of a hospitality wow since opening in Aerocity next to Indira Gandhi International airport, within easy reach of downtown Delhi and the business hub of Gurgaon. Designed by renowned Chicago-based architects Bauer Latoza Studio to capture the spirit of Delhi. Inspired by the country’s many unique crafts, the hotel skilfully integrates traditional Indian elements, colours and flavours into a modern property, making it a unique stay experience in the massive metropolis in the country’s north. Madhav Sehgal’s hospitality journey began in 2000, when his passion saw him take up assignments in various management roles with hotel chains in Canada and India. Prior to being appointed GM of Andaz Delhi, Sehgal was GM of 325-room Hyatt Regency Chennai, one of the American hospitality brand’s most successful hotels in India.