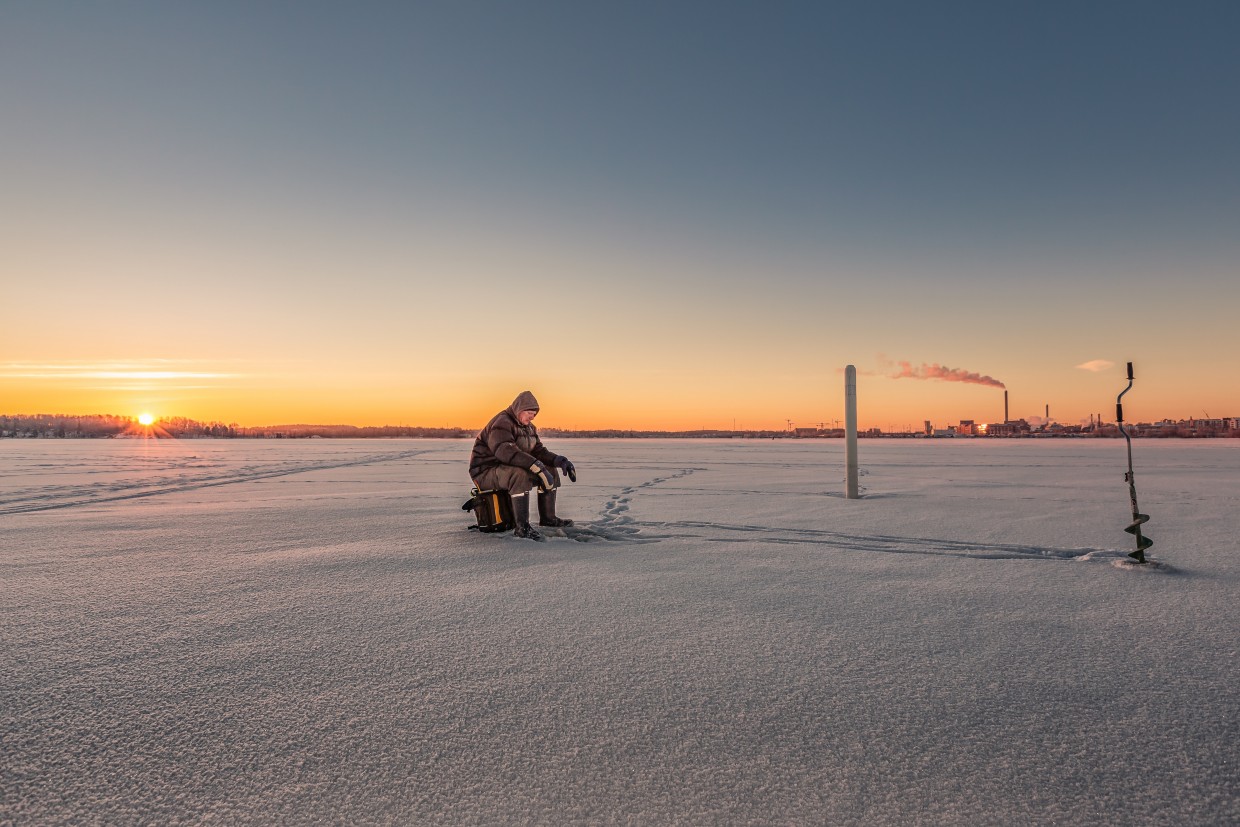 One of the newest Nordic lifestyle trends is sisu, a unique form of resilience or strength in the face of challenges. A dose of sisu can boost your wellbeing and your appreciation for sampling swimming in the sea – year round.

Pure, clean water is central to my sense of sisu.

What, you may ask, is sisu? It’s a Finnish word that refers to a special quality of fortitude and resilience, especially in the face of great challenges. Not only does it mean tackling life’s obstacles headfirst – even when they can seem impossible – but a good sense of sisu can set you up for trying daring physical activities such as cold water or winter swimming that can boost your wellbeing.

As I live in Helsinki, a capital city surrounded by the Baltic, I swim in the sea just about every day year round. Right now, during the early summer month of June, the sea is about 15 to 18 degrees Celsius, which can feel chilly for those who are used to a tropical dip on a beach holiday in warmer climes. But the refreshing summer water temperatures feel warm to me, as I swim in the same body of water during the winter months when the water temperature mercury drops to a few degrees Celsius.

Winter swimming, a popular practice in Finland, consists of dipping or swimming in icy water that’s about 2 to 4 degrees Celsius in a hole carved into the ice of a lake or the sea. Mustering up the courage to do something difficult (and seemingly unpleasant – yes, the water is freezing cold!) is a perfect example of sisu. Not only are you exercising your fortitude by pushing yourself to do something difficult, once you’ve carried out your dip you feel a great sense of accomplishment. 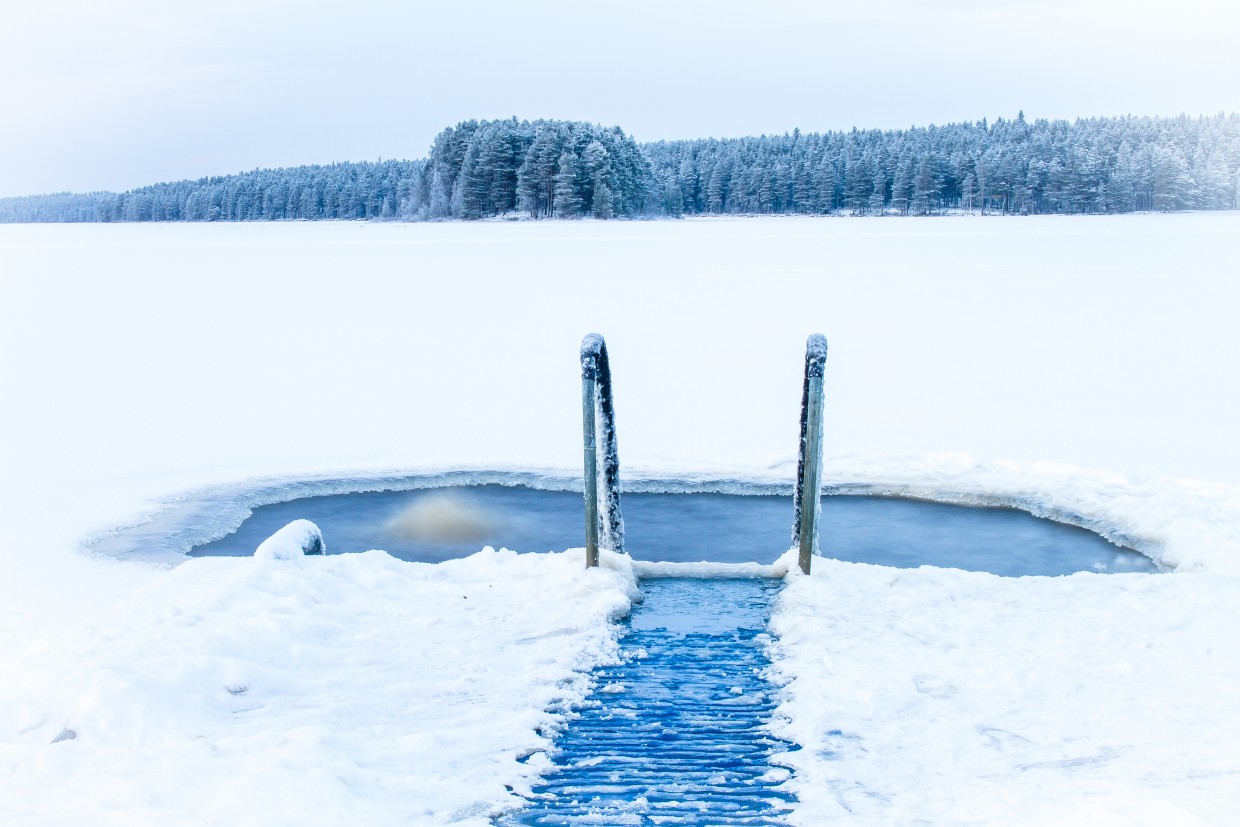 The great surprise for many who try winter swimming for the first time is the post-dip feeling of euphoria. Swimmers feel energized and exuberant, as the immersion in icy water releases the so-called happy hormones. These include endorphins, the body’s natural painkillers, serotonin (widely thought to maintain mood balance), dopamine (the neurotransmitter that helps control the brain’s reward and pleasure centres and also helps to regulate movement and emotional response), and oxytocin (also known as the love hormone).

The cold water also enhances blood circulation, burns calories, and the immune system gets a boost, according to research. Many devotees follow up their icy dip with a sauna, the quintessential Finnish steam bath, where bathers (men and women sauna separately) sit without swimsuits – another test of getting comfortable with a little discomfort – sisu – for the uninitiated.

Some of the best-known examples of sisu, a cultural concept that dates back more than 500 years, refer to significant wartime victories and amazing sporting feats. The most popular historical sisu examples feature resilience against all odds, such as Finland’s victory in retaining its sovereignty over the Soviet Union during the Winter War.

The conflict began in November 1939 with the Soviet invasion of Finland and ended with the Moscow Peace Treaty in March 1940. Although the Soviets had three times more soldiers, 30 times more aircraft, and 100 times more tanks, the Finnish army managed to outsmart and deter the Soviet army in brutal winter temperatures as low as minus 40 degrees Celsius. 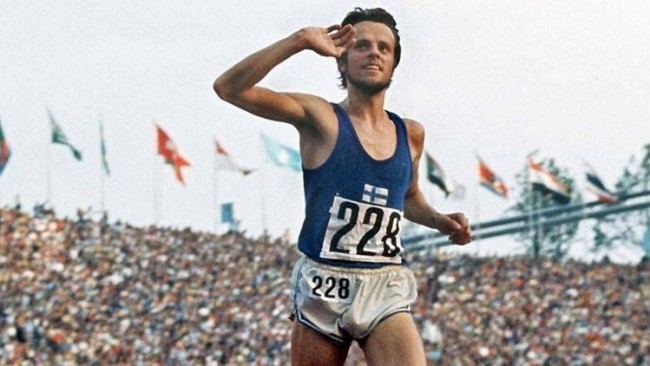 Another often cited sisu example is that of Finnish Olympic runner Lasse Virén’s unbelievable comeback after falling during the 10,000-metre race at the 1972 Munich Summer Olympics. Not only did Virén get up and continue to run, he went on to win the gold medal – and set a new world record.

That historic legacy of great achievements trickles down into an attitude of daily sisu that seems to bring many Finns joy. In addition to swimming in the sea year round, a few examples of everyday sisu include cycling or walking to work for their range of health benefits when it might be easier to travel by car, or slightly less taxing ones such as heading out foraging for berries and mushrooms during the summer and autumn months instead of purchasing them at the grocers.

On the international scene, sisu is one of the the newest Scandi lifestyle concepts following on the heels of Danish hyyge and Swedish lagom to dominate headlines, garnering much interest on the heels of the Nordic countries’ consistently high scores in many international quality of life rankings during the past decade.

Whereas the Danish hygge (creating cosiness) and Swedish lagom (balance, just the right amount) have much to offer people looking for ways to replicate the healthy Nordic lifestyle, sisu is about stepping outside your comfort zone.

In 2019, when Finland nabbed top spot for the second year in a row in the UN’s World Happiness Report, many people were surprised, not least of all the humble, self-critical Finns. Though the stereotype of Finns as somewhat morose, silent types is out-dated, it’s true that Finns don’t have a reputation of being the smiliest, most small-talky people on the planet.

While the Happiness Report looks at a range of quality of life factors that support wellbeing, it could also be said that one of the core cultural constructs that contributes to happiness is this stoic Finnish quality of sisu, of embracing life’s challenges even when they seem insurmountable and not taking the easy way out. 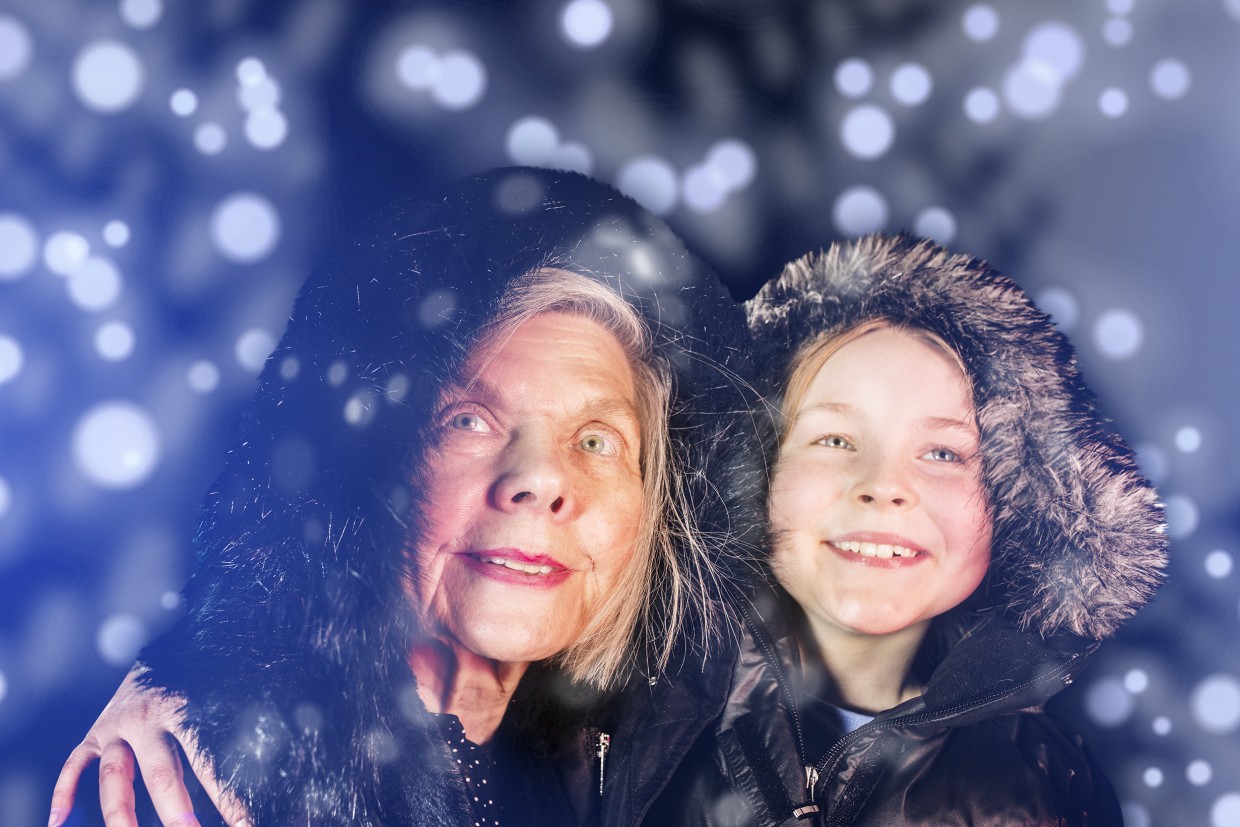 “Happiness does not come from searching for it, but by living,” according to a Finnish saying. Living by being active is a key part of developing sisu.

Anyone anywhere can adopt a sisu mindset, of building up mental and physical resilience and pushing through psychological and physical challenges, whatever they may be. And they don’t have be hard-core such as war or Olympic victories, they can also be smaller daily ones such as simply deciding to head outdoors for a brisk walk when the weather is less than optimal.

So if Finns aren’t always smiling on the outside, they may just be smiling on the inside – especially if they’ve just tapped into that special fortitude of sisu by doing something like going for an icy dip in a lake or the sea.

Katja Pantzar is a Helsinki-based writer, editor and broadcast journalist. Her newest book The Finnish Way: Finding Courage, Wellness and Happiness Through the Power of Sisu (Penguin Random House USA) has been translated into 19 languages and published in 2018 and 2019.