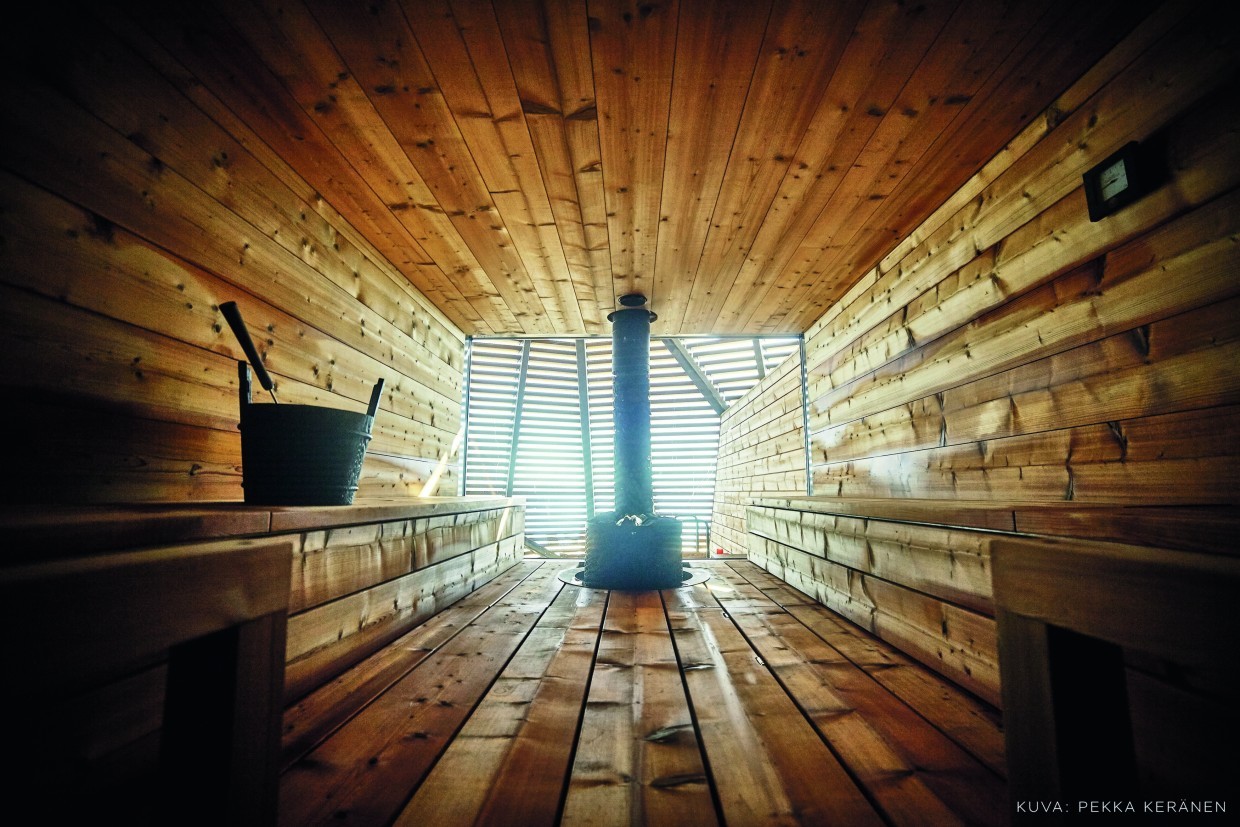 Why are the Finns fanatical about getting naked with their friends in a heated box? It’s obviously more than the health benefits. Here are some top tips for where to go and how to get the most out of the sauna experience, Finland’s ultimate contribution to well-being.

There are saunas everywhere in Finland: next to lakes, in apartment buildings and office towers, in tiny country cottages and in Parliament, down a mine, on top of a Ferris wheel, in boats and tents, and even, mind-bogglingly, on bicycles. The president and the prime minister each have an official one. Business deals get made in them, family and friends bond in them, and visitors wonder if they really do have to take off all their clothes first (the short answer is: ‘Yes, you should’, but we will get to that detail later). The importance of saunas to Finnish culture cannot be over-estimated – there are about three million in a country of just 5.5 million inhabitants. Saunas are to Finns what cups of tea and moaning about the weather are to the English, or apple pie and shiny-eyed patriotism are to the Americans. 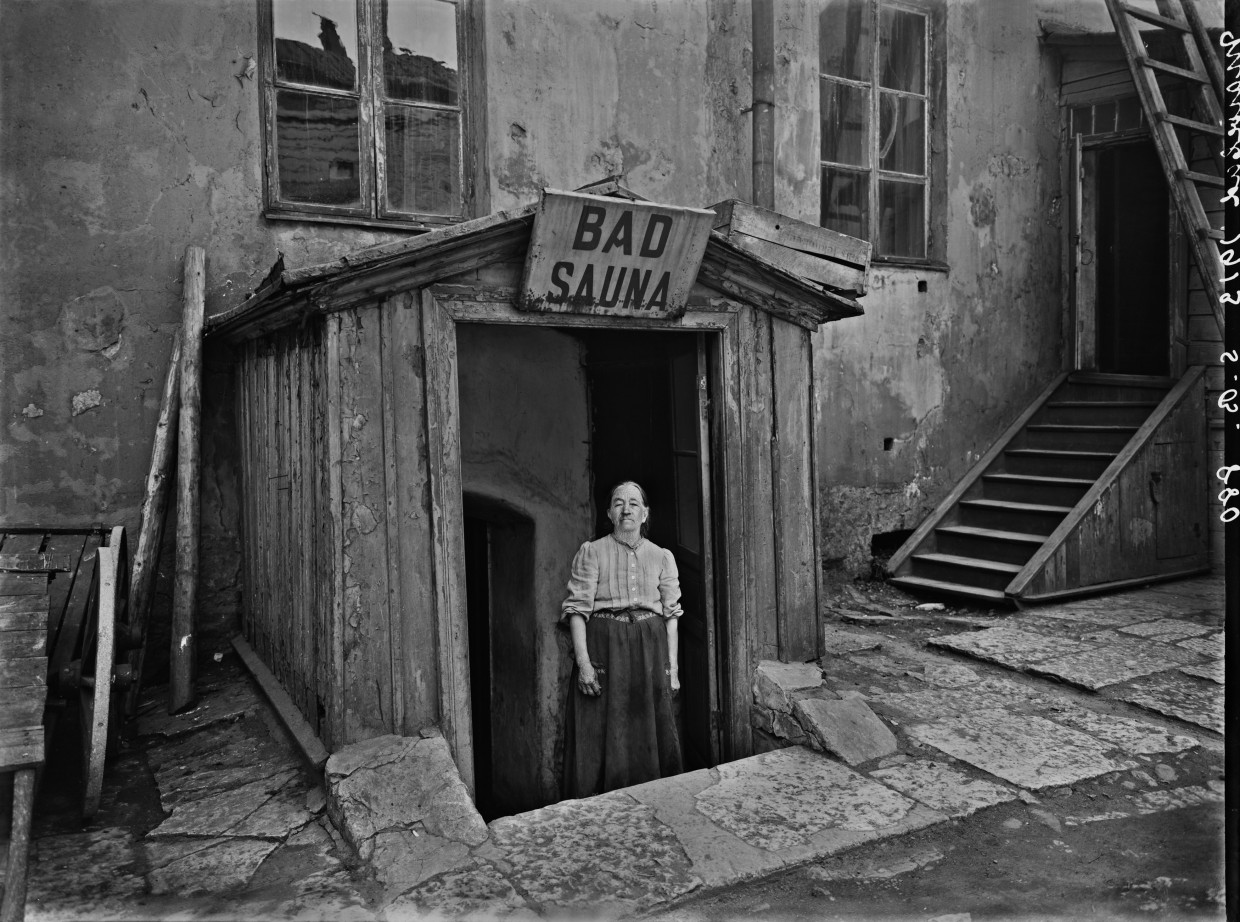 So, the question has to be asked: why? While saunas are not unique to Finland, they have an ancient history in the country and have long been an integral part of everyday life. The earliest are believed to date back as far as 7000 BC, and the first written reference in Finnish history was in a 12th century text. Regardless of the exact ‘a ha’ moment, it is undisputed that Finnish people have been willingly sitting in hot wooden boxes for centuries. There are obvious reasons. Before hot water was available on tap, a sauna was the best place to wash during freezing winters. It was a good environment for mothers to give birth, and you can still today meet Finnish people who were born in a sauna.  From practical beginnings, saunas have become a place for both relaxation and socialising. While, in other countries, people may use a sauna solo at a health club or spa, Finns will generally go with others and often make an occasion of it – having a cold beer or cider afterwards is part of the ritual. Roasting sausages, either on an open fire or in tin foil directly on the stove, often also features. 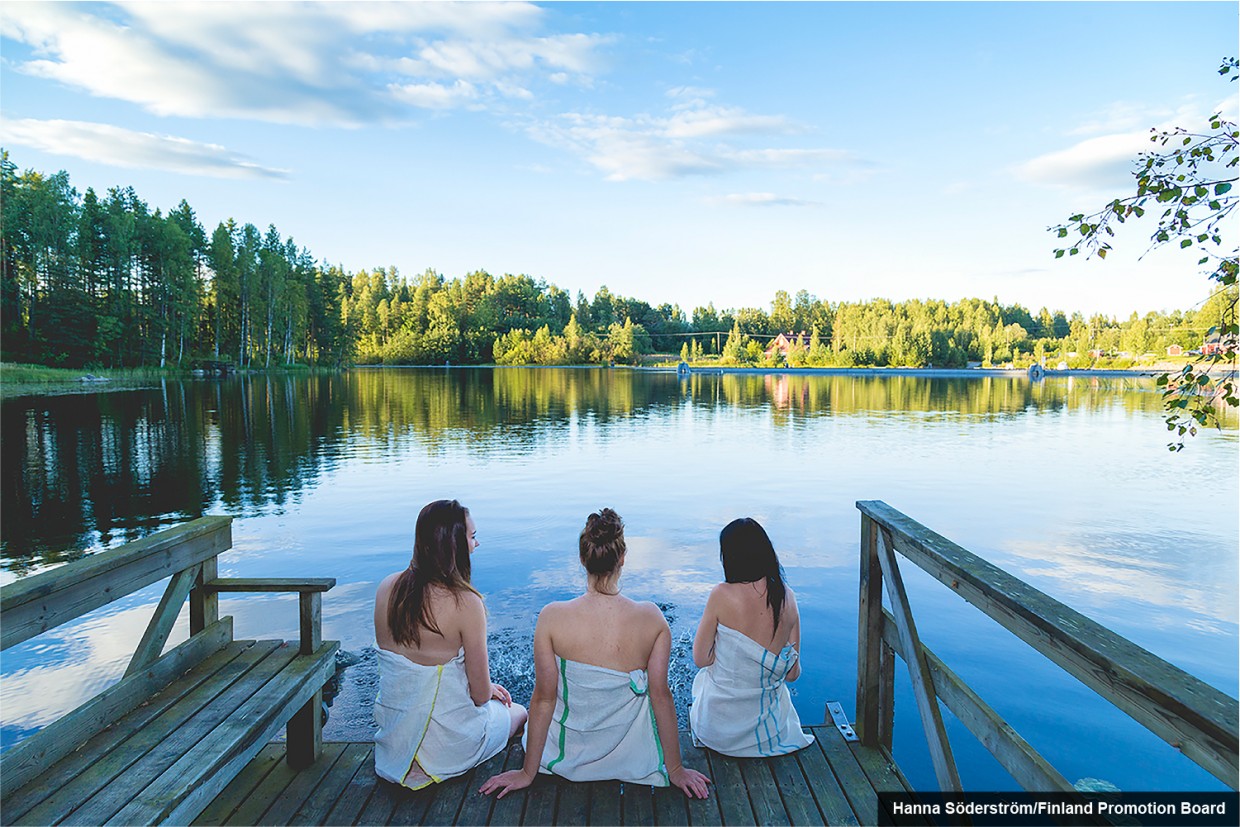 So, if your Finnish friend or business acquaintance invites you to join them in a sauna, you’d be mad to pass up the opportunity. Who knows? It could be where you clinch that killer deal, and you may meet some great people. There’s the naked aspect to deal with, of course. The very helpful Official Travel Guide of Finland notes that Finns go nude to the sauna even with strangers, but they understand foreigners have ‘certain inhibitions’ and will be okay with you wearing a swimsuit or a towel  (www.visitfinland.com). However, older Finns in particular won’t take kindly to this – we’ve heard stories of groups of grandmas protesting loudly and insisting foreign visitors whip off their attire (in public saunas, swimsuits are usually banned for health and hygiene reasons) – so keep your clothes on at your peril.  While saunas in some countries are a front for spicier businesses, in Finland, a sauna is a strictly non-sexual environment. 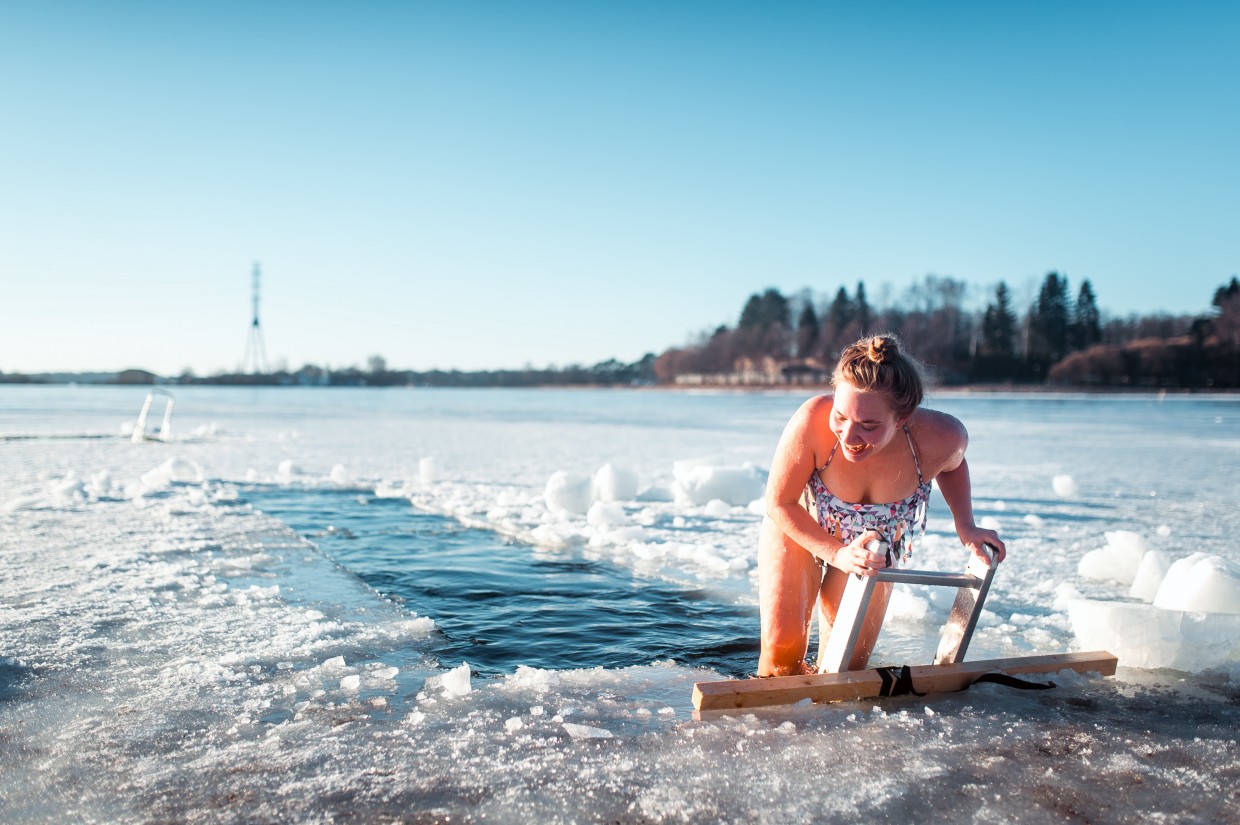 To prepare for a sauna, have a shower, and take a small towel with you to sit on. There are several kinds of sauna: the most traditional is a wood smoke sauna without a chimney, but you are also likely to come across ones using wood stoves, electricity or infrared light. Typically, the room will be heated to between 70°C and 100°C. A typical wood-heated sauna has a basket of rocks on top of the stove, upon which you throw water to increase the humidity. You may be given a vihta, a bundle of birch twigs to dip in water and softly whip yourself with in order to stimulate circulation and open the pores. Don’t stay inside as if in an endurance contest – follow the lead of the Finns by having several sessions in the hot room, spaced by periods of cooling down. When you have finished, it’s traditional to plunge into an icy cold lake or roll in fresh, powdery snow, but a shower will do.  Make sure you drink enough water to re-hydrate, and, above all, relax and enjoy the experience.

One of the best things about having a sauna in Finland is the diversity. You can go completely old-school with a rustic sauna in the wilderness, pamper yourself at a five-star-resort, or mix in with the locals at a public facility. By the way, public does not necessarily mean basic.

Löyly is one of the new style of public saunas springing up – in a plum position on the Helsinki waterfront. Facilities include three levels of outdoor terraces designed to make the most of the sea views, and a restaurant where you can grab a glass of wine or coffee, or dine on offerings that range from falafel and couscous to elk meatballs (www.loylyhelsinki.fi). For a very different ambience, try Sauna Hermanni in the Helsinki district of the same name. Established in the early 1950s, the sauna has been redecorated in keeping with its vintage, and hosts regular discos and parties, as well as barbeques in the summer (www.saunahermanni.fi). If you’re heading to Rovaniemi, the capital of Finnish Lapland, we recommend trying the Kesärafla Sauna, run by Lapland Hotels’ Ounasvaara Chalets. A log-built wood stove sauna that can seat up to 35, Kesärafla is set in picturesque surrounds on the bank of the Kemijoki River, so you can jump right in for a cool down afterwards. Open daily during summer, facilities include a restaurant and an al fresco terrace. (www.laplandhotels.com).

Wherever you go, the sauna experience is a boost to both physical and mental health. A sauna stimulates circulation in a similar way as low to moderate exercise: benefits may include reduced muscular soreness, ease of arthritic pain, reduction of asthmatic symptoms, improved heart health and reduced stress levels.  There are even indications that saunas could lower the risk of dementia, although more research needs to be done on this topic. Add a beer or two afterwards, and it is not hard to see why this Finnish custom has endured through the centuries, and is still going strong in the present day.