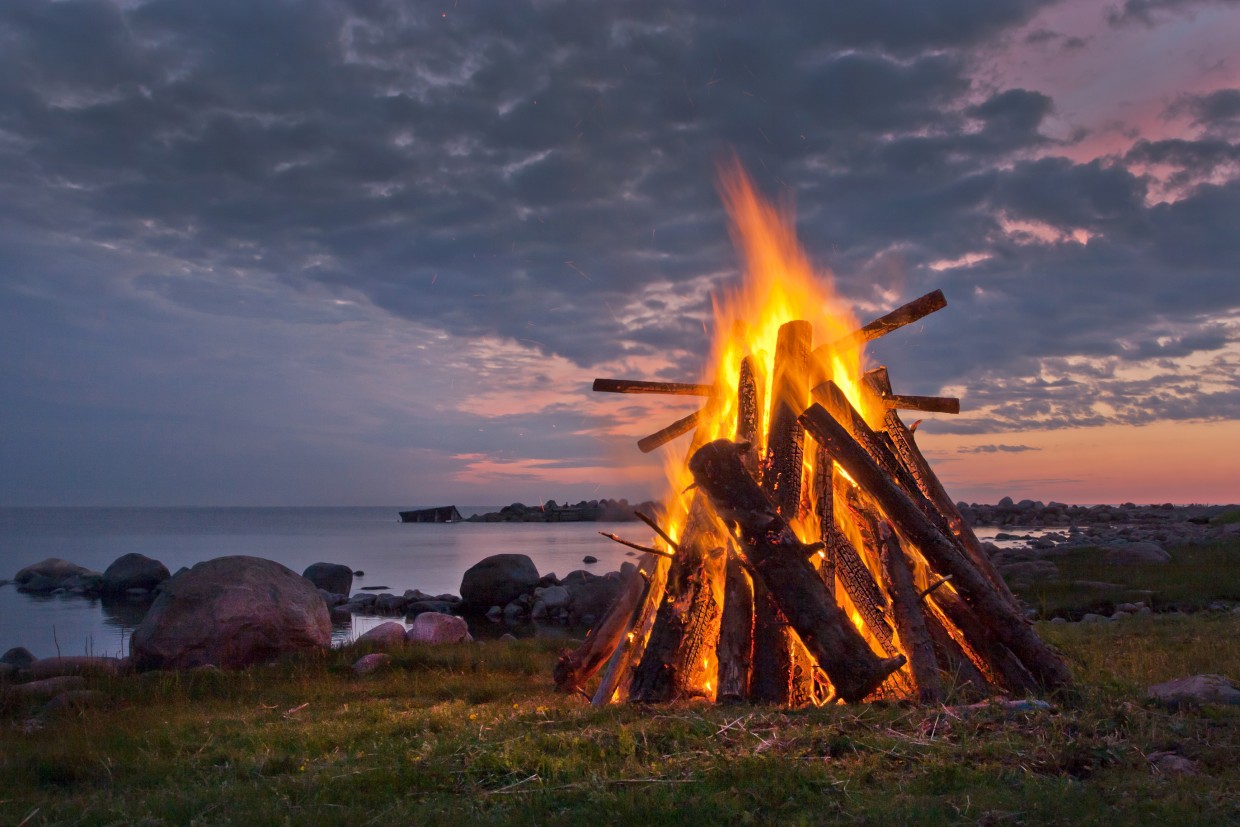 Relaxation or Rowdiness: Take Your Pick During Finland’s Midsummer

It’s no surprise that Nordic countries so avidly celebrate the summer solstice. Midsummer is the ultimate culmination of a time of change. The dancing greens of winter’s striking Northern Lights have been replaced by summer’s dreamy lush foliage. Long-lasting nights have turned into gorgeous days without end. An important symbol of the summertime season with all of its changes and delights, Midsummer is accompanied by, depending on your style, epic festivities, tranquil nature retreats—or a little bit of both.

Juhannus is Finland’s celebration of the longest and lightest day of the year. Each Nordic country has its own date to mark Midsummer and Finland’s is the Saturday that falls between June 20 and 26. Doubling as Flag Day, it’s also a national holiday in Finland. Juhannus kicks off a three-day weekend and typically marks the start of summer holidays. The merriment commences on Friday, Midsummer Eve, and extends throughout the night and well into the next day.

Juhannus is traditionally about more than just celebrating—the summer solstice observance is steeped in history. The Finnish Midsummer got its present name after it was Christianized; Juhannus is named after John the Baptist. During Finland’s pagan days of old, the commemorations were a way to pay tribute to the thunder god Ukko and by doing so guarantee a bountiful harvest. Midsummer was also the time to secure a boost in fertility, or a future spouse, through magic ceremonies. In a ritual that continues to this day, girls gather wildflowers to place under their pillow so their future spouse’s face is unveiled to them in a dream. Alternatively, a girl could try her luck by peering into the reflection of water in a well, making sure she sheds her clothes first, for a glimpse of her future spouse. 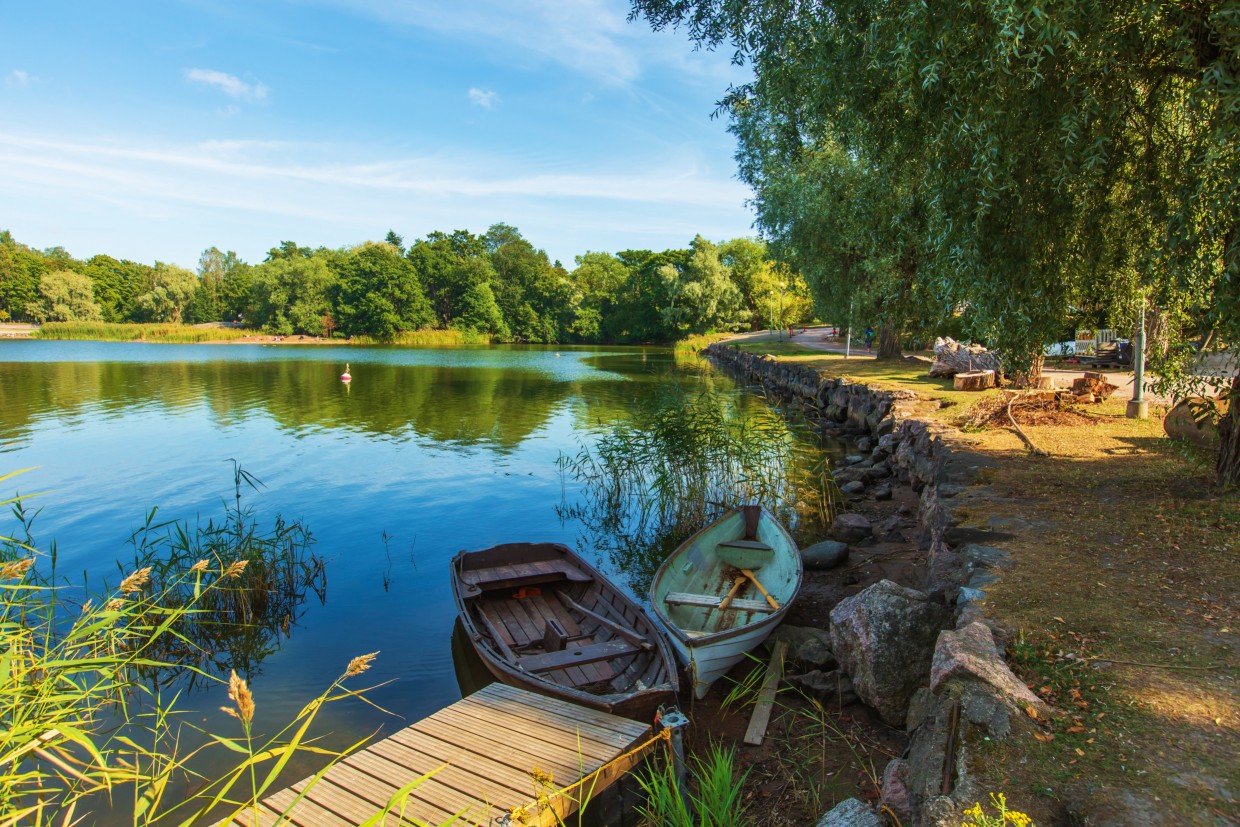 Today, bringing in the summer solstice as the Finns do calls for drinking, barbecuing, bonfires and saunas—preferably tucked away in your own little nook somewhere in the midst of Finland’s vast forests. Cities empty out, shops generally stop working and the masses flee to countryside cottages for a long weekend of unabashed partying—or serene recharging. Flowers and leafy branches, especially from birch trees which were considered sacred in the past, adorn the walls of fairytale abodes. Preferred location: lakeside. Boating is a customary Midsummer pastime, and it’s no wonder—every third Finnish family owns a boat. Some courageous souls go a step further and plunge into the cold water for a swim (even though June water temperatures are rarely above 20 degrees Celsius). The particularly brave-of-heart, often aided by few beers, opt for skinny-dipping.

“For Juhannus, most Finnish people get as drunk as possible. As per the old ways, the drunker you are during Juhannus, the bigger and better your harvest will be,” explains Hanna Ojanperä, the plant manager at VEEN’s plant in Ylitornio, on how the fun and history converge. “It has much to do with Finnish history and surviving here in the north.” 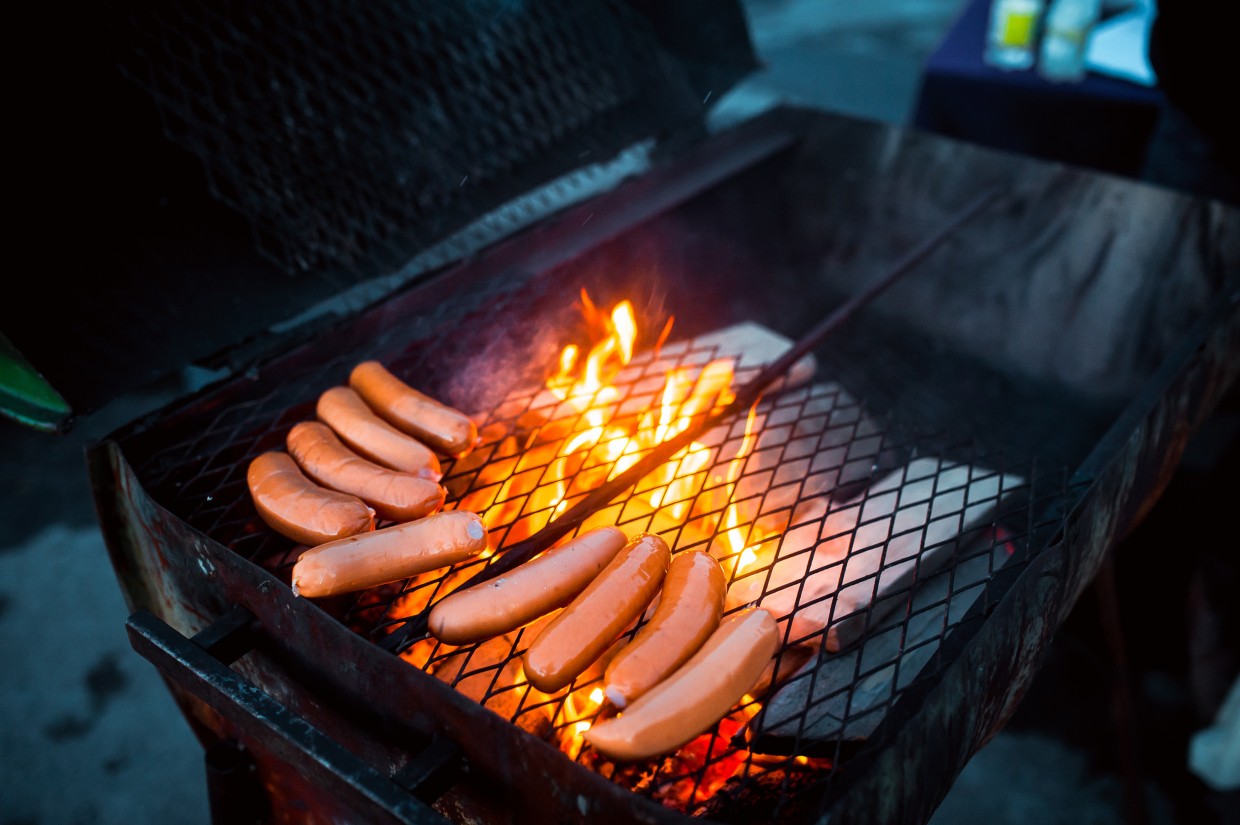 Naturally, with drink comes food—barbecues are fundamental to Juhannus. Hearty sausages and fish, especially salmon, keep grills smoking and bellies sated. Summer is the season of Finland’s new potatoes, and the small-sized delicacies are frequently served to complement the barbecued meat. Peak season also begins in June for sweet wild strawberries, which are commonly enjoyed with a generous dollop of whipped cream or ice cream.

Grills aren’t the only things ignited for Midsummer; no Juhannus would be complete without bonfires. They date back to the historic celebrations, when their burning was believed to ward away evil spirits. Today, the age-old tradition provides an enjoyable, scintillating focal point—and no bit of added warmth is unwelcome. In Swedish-speaking parts of Finland, picturesque maypoles adorned with flowers and wreaths can be erected instead—although they don’t play as central a part in the Finnish Midsummer as in other Nordic countries. 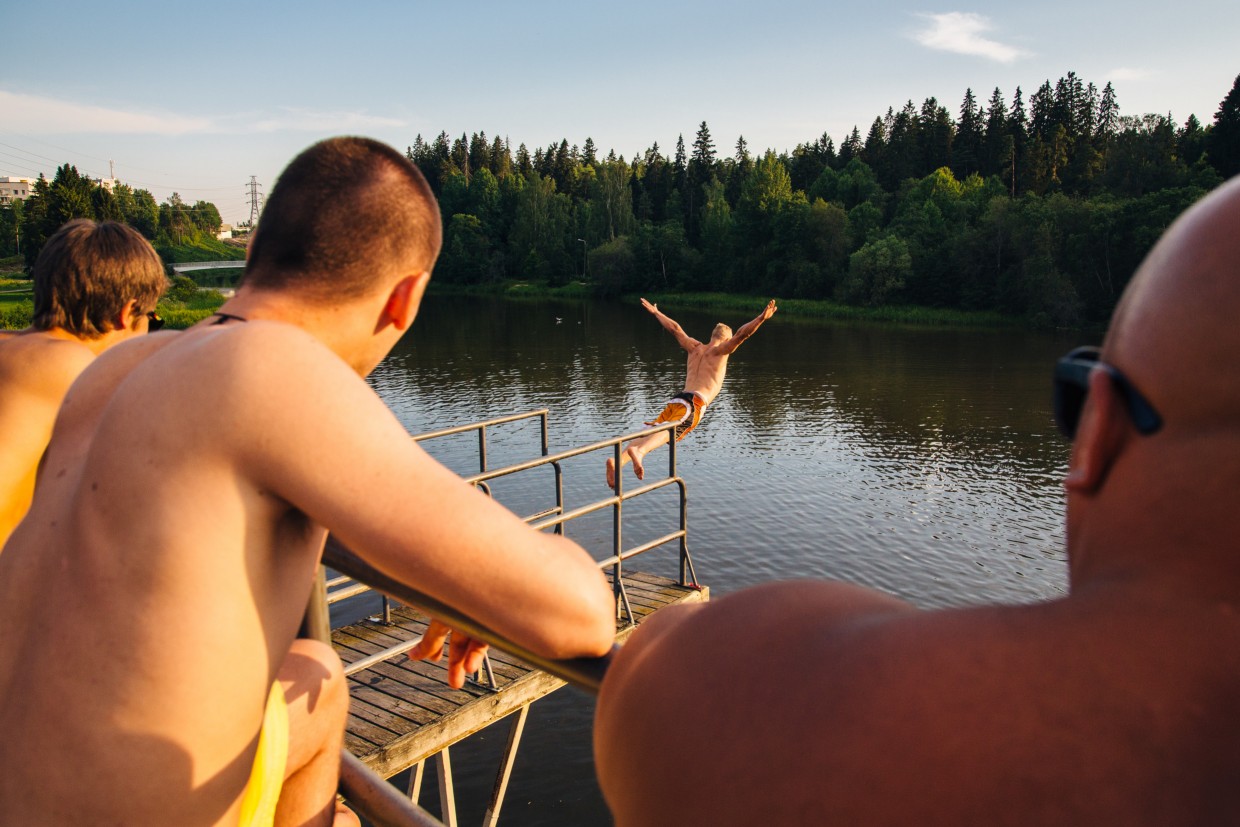 Saunas are among Finland’s quintessential Juhannus traditions. The word sauna comes from a Finnish-Sami word, and saunas are of paramount importance in Finnish society in general—for socializing, healing and unwinding. Former times saw saunas as sacred and mystical places, used for restoration-related rituals such as curing the sick. Simmering down in a sauna conventionally involves a birch leaf whisk, which promotes healing and releases a lovely aroma when hit lightly against the skin. Many lakeside cottages come with their own sauna, to make for a thoroughly rejuvenating Juhannus experience in nature.

Midsummer in Helsinki is a spectacular experience in its own right. Some may find the eerie emptiness of the usually-bustling main streets strange, but there is liveliness aplenty in the city too—if you know where to look. Juhannus traditionally saw music, singing and dancing unfolding in the open air, but recently young people have taken to letting loose indoors, in city clubs. You can still enjoy the Helsinki outdoors though—by embarking on a Midsummer cruise to admire bonfires gleaming across the 330 islands that dot the shoreline. Getting in on the action is also possible—an organized Juhannus celebration is held on Seurasaari, one of the Helsinki archipelago’s islands, each year. During the program, one engaged couple, fortuitous enough to be chosen for the honor, ties the knot and lights the Seurasaari bonfire. Juhannus is a popular day for weddings—after all, celebration of marriage and fertility is at its core. 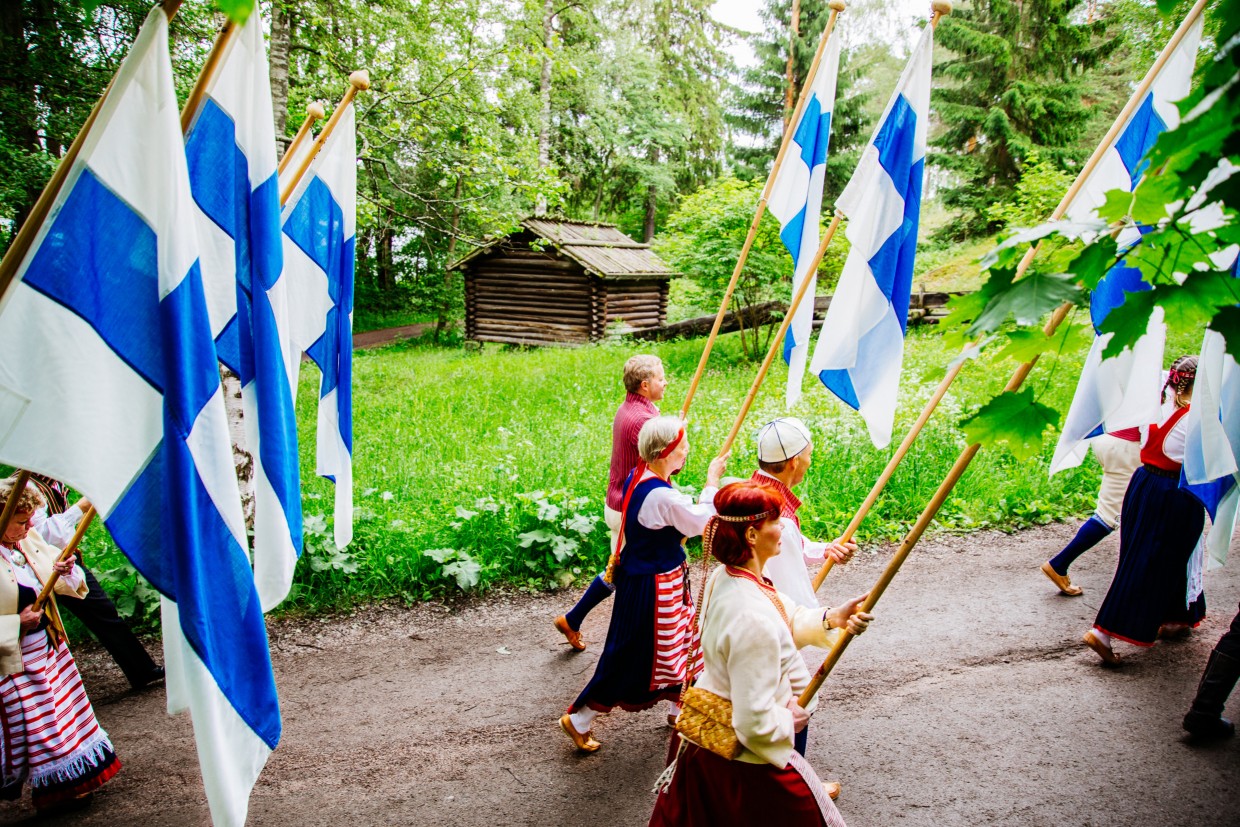 A Nordic proverb says: There’s no such thing as bad weather, only bad clothing. This no doubt applies to Finland’s Midsummer. Come rain, come shine, Juhannus goes on. Average June temperatures range from eight to 19 degrees Celsius in Finland, depending on the area. No matter the weather, and no matter your choice—relaxing or getting rowdy—there should be no deterrents to embracing Juhannus.

“Juhannus is the best time of the Finnish summer. It’s when summer truly starts, and with all its aromas and brightness it’s very powerful,” adds Hanna Ojanperä. “Midsummer is when nature shows its best parts.”

Take all that—stunning scenery, lively culture, longstanding tradition, lots of jubilation, and of course, magic—and you get an extraordinary Midsummer experience.