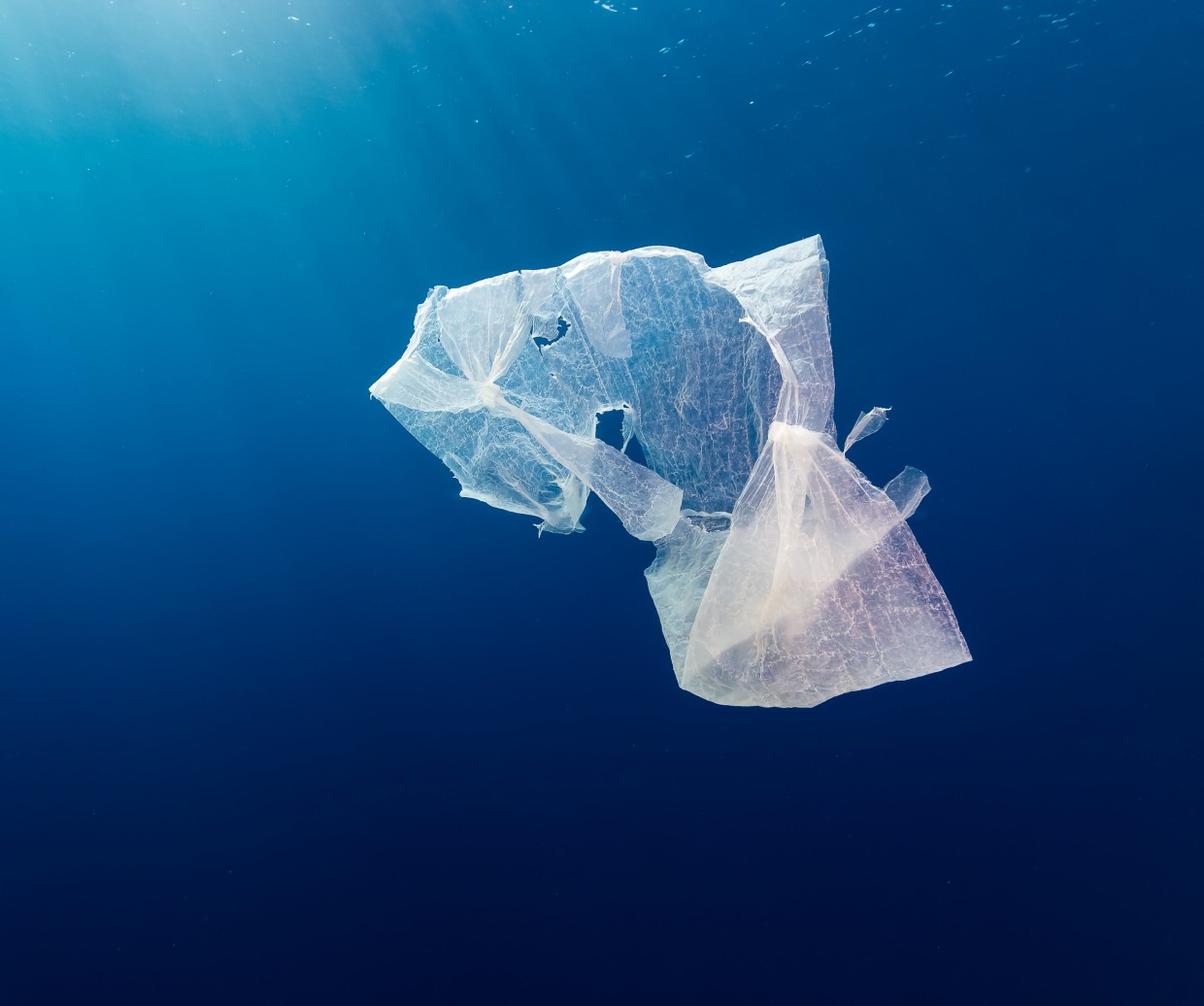 A major overhaul of the plastics industry is needed if we’re to prevent the further degradation of the natural environment, but while big businesses and governments fight it out, consumers can make changes to their own buying habits to reduce plastic waste – starting by switching to glass.

Plastic waste is the plague of the 21st century; a full-scale environmental catastrophe that lacks a short-term solution. Plastic water bottles, bags and packaging litter our beaches, clog our rivers and our fill towns. There’s so much plastic waste in the oceans that it has now entered food chains, consumed by fish and other marine life that subsequently end up on our dinner plates. Yes, friends: plastic is inside us, too.

For the Western world, the problem of plastic waste has always seemed distant: our cities are relatively clean and most towns have centralised waste handling services that make our refuse disappear each week. Unless you live near a beach, you probably have no idea of the scale of the problem. 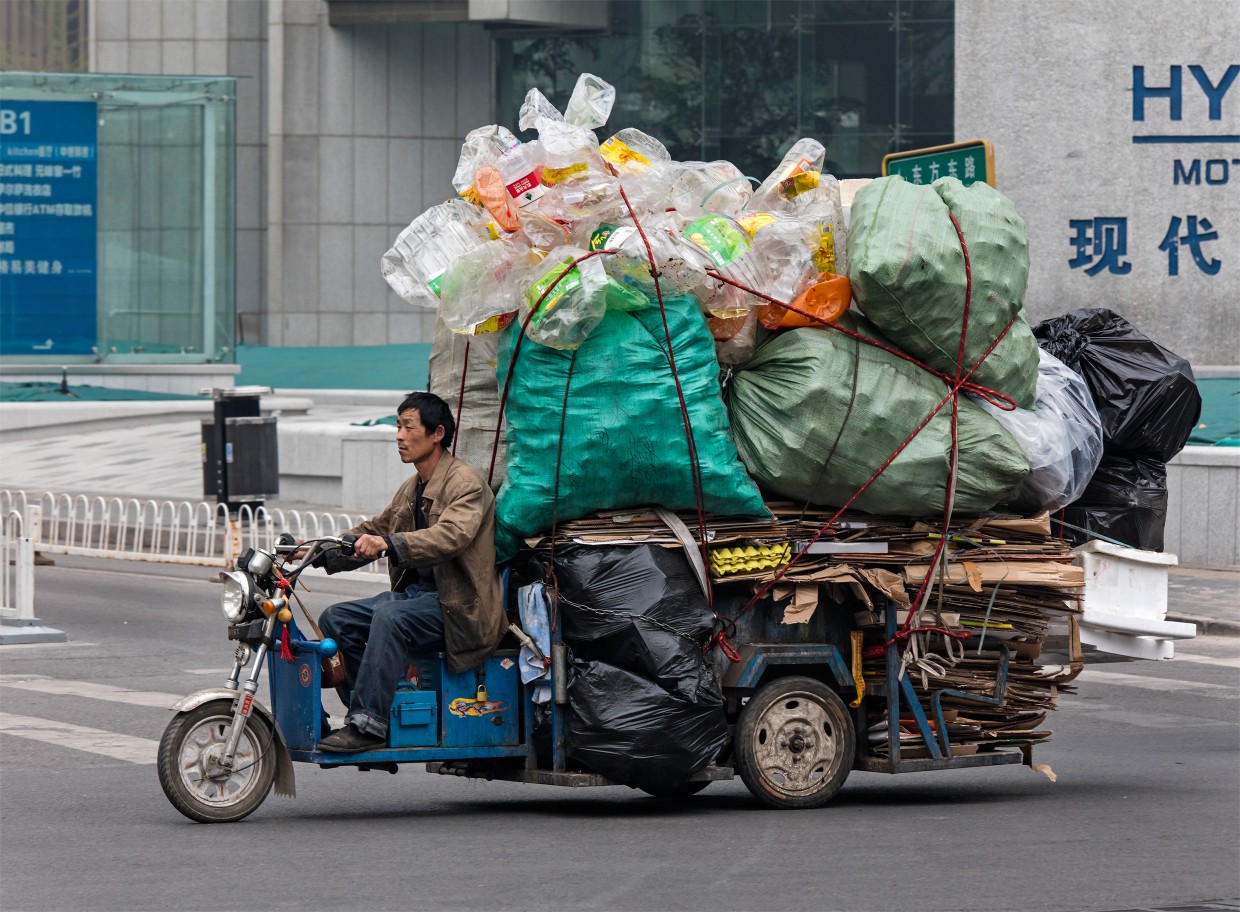 Until January 1, 2018, China imported some 7.3 million tonnes of foreign waste per year – some 50% of the world’s total. For the UK and other developed countries, it was a convenient solution to a dirty problem – ship it all to Asia and then someone else can deal with it. But last year China banned the import of foreign waste, forcing countries that traditionally exported rubbish to face up to the problem of how to deal with their own trash.

Now it’s time to face facts – and the facts paint a grim picture.

It is estimated that since the 1950s, 8.3 billion tonnes of plastic have been produced; more than any other man-made consumable product in history. Because of its durability, some 97% of that plastic still exists today, much of it in landfills like Ghazipur – the sprawling 70-acre site in New Delhi which collapsed last year, killing two passing motorists whose vehicles were blasted into a filth-filled canal. 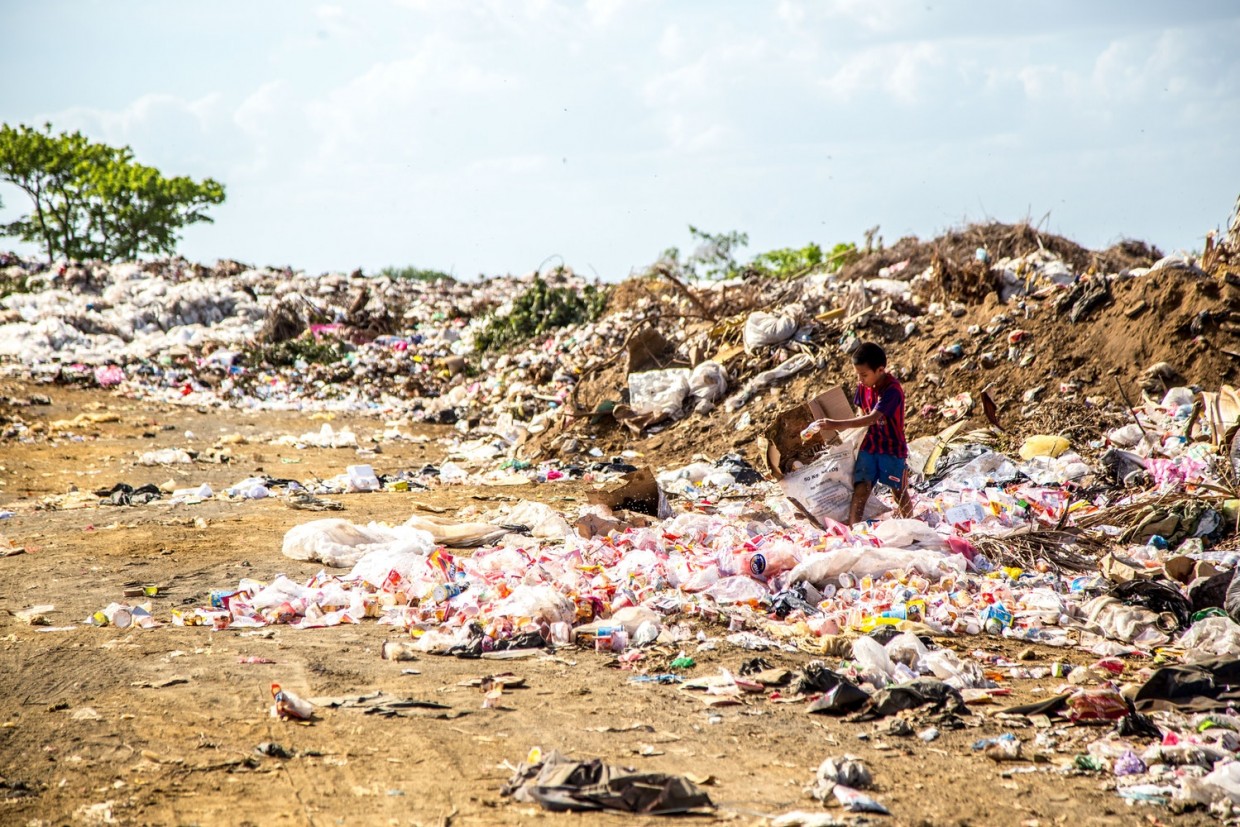 In developing countries like India, poor municipal waste handling services and a lack of state-sponsored recycling programmes means that waste is building up into huge mountains all over the country – breeding grounds for disease and bacteria.

In the US, between 26% and 41% of the 2.4 million tonnes of plastic discarded each year are polyethylene terephthalate (PET) bottles. Greenpeace believes that in the UK, 16 million PET water bottles are sold daily, although some estimates put that figure as high as 35 million, more than half of which end up in landfill. In Western nations, the amount of plastic recycled is still less than 20%, and it’s a fraction of that in developing countries, where governments have failed to address the scale of the human waste problem plaguing the land and oceans.

Some eight million tonnes of plastic waste are dumped into the oceans each year: that waste breaks down over decades into micro or nano-plastics, which have gathered in five gargantuan gyres in the world’s biggest oceans, spanning hundreds of thousands of square miles. The biggest was discovered in 1997 by captain Charles Moore, who was crossing the Pacific in a yachting race. Twenty years later, the extent of the Great Pacific Garbage Patch and four similar oceanic vortexes are better understood, and their damning implications widely publicised. 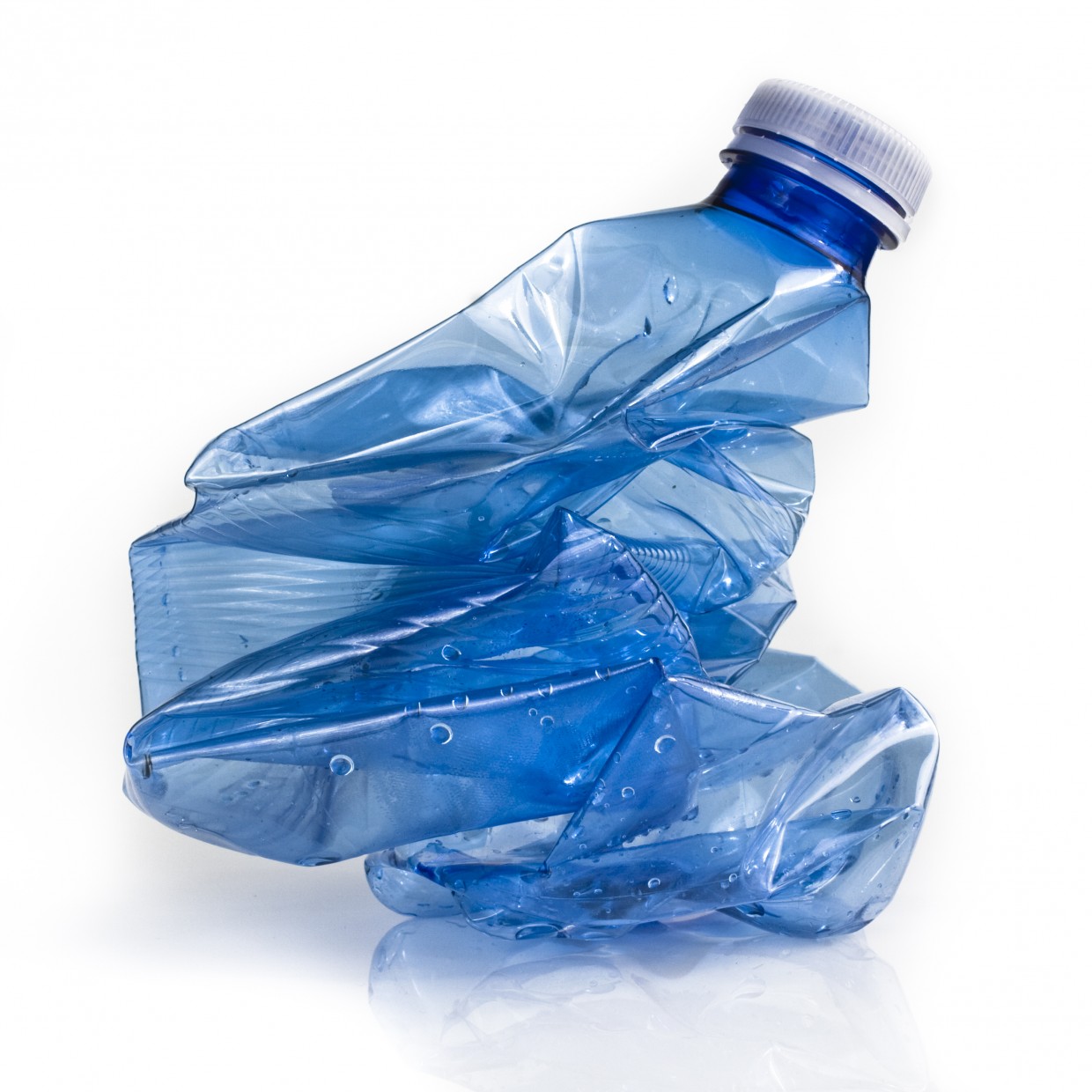 Sir David Attenborough, who has experienced plastic waste first hand in oceans and coastlines all over the globe during his work on the BBC Series Blue Planet II, says it is as great a threat as climate change for our oceans. And when Sir David speaks, people listen.

For the general public, the message is seeping in. Consumers are making informed buying choices based on the sustainability profiles of companies in fields ranging from travel and tourism to toiletries and grooming products, and now consider the environmental impact of everything from their shower gel to their bottled water.

Changing the global economic mind-set when it comes to the manufacture and disposal of plastic products seems like a big problem to solve, but while governments and manufacturers think about the big picture strategy, the quickest way to affect change at a local level is to take an active role in reducing the use of plastic bottles made from PET and other single-use plastic products.

As fast as we can pluck rubbish out of the oceans, more and more is dumped. Some washes up on beaches, some gathers in the vast swirling garbage patches, and the rest sinks to the seafloor. Tackling the problem at its source means rethinking the linear pattern of manufacturing and consumption, where products are made, distributed and then disposed of, and creating a more circular economy whereby products are recycled to make new versions of themselves.

Glass is also used extensively in the bottling business, from wine and fine waters to carbonated drinks and premium cooking products like olive oil and balsamic vinegar. But while plastic manufacturers tend to forget about their products as soon as they leave the warehouse, glassmakers and food and beverage companies that use glass bottles for their products tend to reuse glass products, which can be easily ground down and recycled. 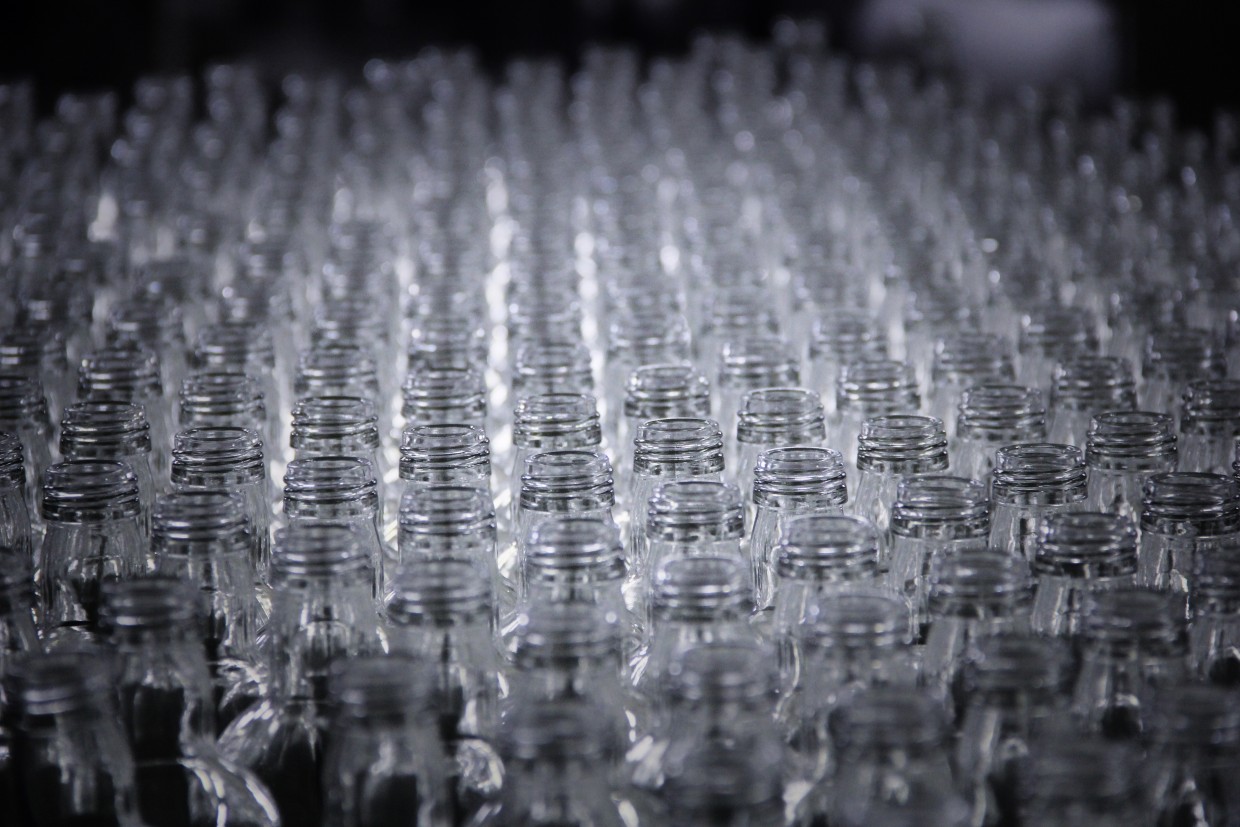 Some 74% of glass bottles made in the EU were made from recycled glass in 2016, making glass the most cyclical recycled food and drink packaging product in the world. While PET bottles promise an unhappy ending for the environment, glass bottles that can be refilled, reused or recycled offer a much brighter alternative.

Many environmentally minded hotel companies around the world already use glass water bottles in their restaurants and guestrooms in a bid to cut down on plastic waste and present a premium product for their guests, especially in the high-end hospitality sector. Some companies are taking it even further, banning the sale and use of not only plastic bottles, but all plastic consumables, from film wrapping to plastic drinking straws.

Restaurant groups are also making headway, taking the decision to stock only glass bottled water (and other beverages) on their menus, and ensuring that they are recycled correctly or returned to their manufactures.

There are other signs that the world is beginning to take notice of the threat posed by plastic waste. India is on the verge of ratifying an agreement banning the use of plastic bottles in hotels by March 2018, and last year New Delhi banned the use of single-use plastics throughout the city. Rwanda banned non-biodegradable polythene bags in 2008; visitors to the African national have their bags searched and plastic bags confiscated at customs. 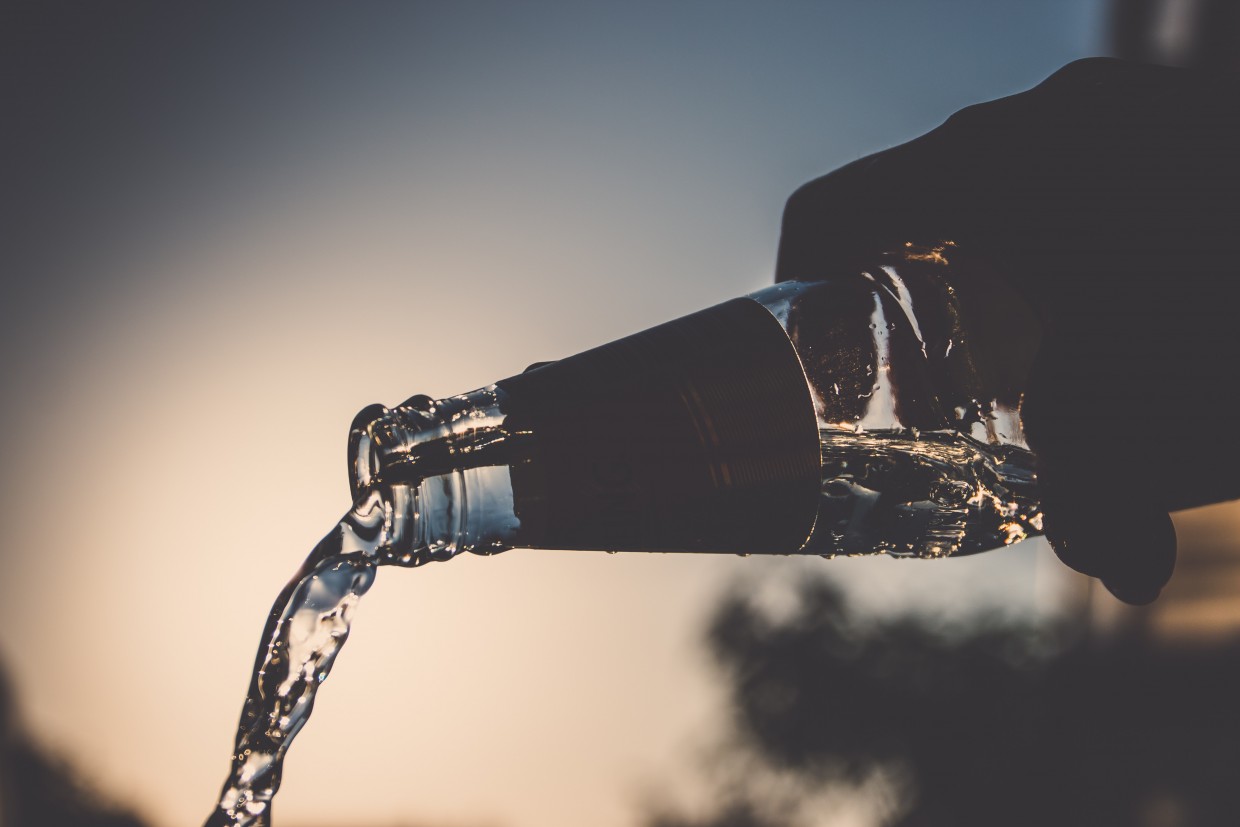 The European Union is also making moves in the right direction, and is currently considering a deposit scheme for plastic bottles, whereby consumers are charged a tariff on every bottle purchased, which is returned if they return the empty bottle to the supplier, thereby incentivising consumers to recycle.

Initiatives to clear the oceans are underway, but until the source of the waste is switched off and a solution for its safe disposal found, riding the planet of this essential scourge is an impossible task, so we must look to short term alternatives, starting with not consuming as much plastic.

As a planet, we share a collective blame for the crisis, and only as a planet can we solve it. Taking steps towards making better purchasing decisions and improving waste management from consumers and a shift in attitudes towards the lifecycle of goods from big corporations are the fundamental actions that need to be taken to begin to tackle the looming disaster. One thing’s crystal clear: making the switch from PET to glass bottles is a simple step that everyone on the planet can take to help tackle the crisis.